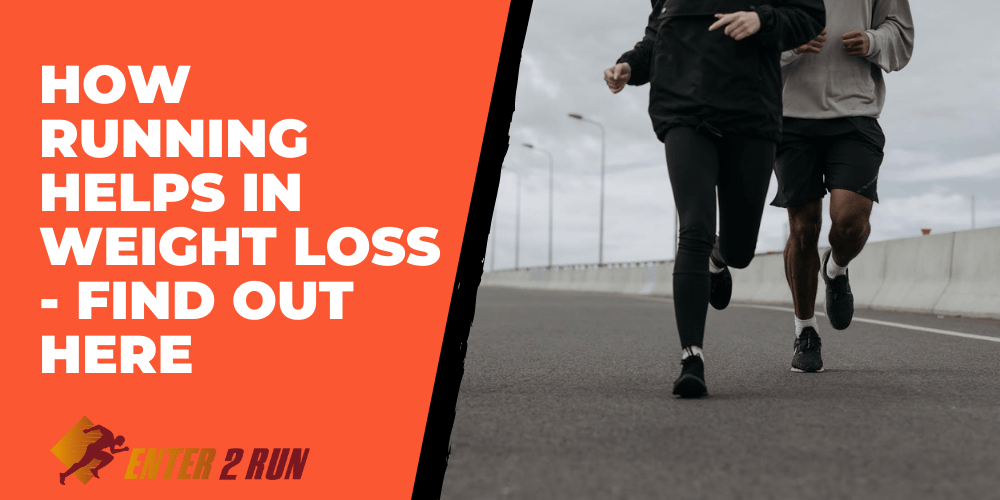 We’ve all heard someone say that running helps in weight loss at some point in our lives. But have you ever stopped to wonder how exactly that happens? How does this specific exercise burn fat and make you healthier?

Well, the answer is a little complicated because there are several different types of running, and each one helps in a different way to a varying degree. In general, running is linked to many health benefits; one of these is weight loss.

Today, we’ll tell you everything you need to know about running and how it helps with weight loss. There are specific ways to maximize the weight you lose from running; that’s covered too.

The Types of Running

Running is technically just you walking quickly where both your feet are never on the ground at the same time. But depending on how fast you run and how long you run, the impact of this exercise on your body will change.

This is because you’ll be engaging different muscles for different time periods. As such, they exert a varying amount.

A base run is the typical normal run. It’s what most people do. It’s short to moderate length run done at your natural pace. It’s around 10 km.

A long run is a slightly modified version of the base run.

You run at your normal pace but for a longer distance, i.e., around 15 to 20 km. Long runs do wonders for your endurance by building stamina. This, in turn, improves your overall fitness.

People looking to increase their speed and improve running power train their bodies using interval running. So athletes running sprints would typically use this.

A less common type of run is a hill repeat. It’s similar to interval running but is done on an inclined surface, mostly a hill. Hence the name hill repeat.

This exercise improves stamina and speed as well.

A recovery run is done after high-intensity training like hill repeats at a comfortable pace.

It adds extra distance to your routine without over-exerting your body. For instance, after ten one-minute hit repeats, you could run for four minutes at your normal pace.

Competitive running is characterized by racers starting slow and ending fast. A progression run copies this style and helps build speed, stamina, and endurance. Also, it is great for reducing fatigue because it wakes you up.

A typical progression run looks like running 8 km at a normal pace and then 1.5 km at a fast pace.

Some types of running push your body to burn calories even after you finish working out. Out of the different types listed above, hill repeats and interval runs have this special benefit.

If you do either of them, your body will continue to burn calories up to 2 days after you work out.

This is because high-intensity training exercises require a lot of energy. Your muscles need time to recover and recuperate after the running is over. Calories supply this energy.

So when your muscles hurt after exercise and you experience the “afterburn effect,” it’s actually just your body burning calories.

While this study doesn’t talk about running and observed cyclists, the same premise applies to high-intensity running.

Running Vs. Walking and Other Low-Intensity Exercises

All types of exercise burn calories; however, that isn’t enough to lose weight. You can only do that by burning more calories than you consume which requires you to go an extra mile. And running does that.

Unlike exercises such as crunches and leg raises, running engages many different muscles and requires them to work together. The coordination and intensity burn a lot of calories. As long as your diet is moderately healthy and doesn’t involve excess fats, the calories burnt will be more than the calories you’re consuming.

A study with 12 women and 12 men compared how many calories were burnt by walking and running on a treadmill and then on a track—running burned more calories on the treadmill and on the track for both women and men.

The difference for a 10-mile run came to around 330 to 350 calories. When you look at this over an extended period, it adds up. Hence running reduces weight way more than walking or other low-intensity exercises.

It can seem odd, but the time you run can have a big impact on your weight loss journey. Running in the morning, right after you wake up and before you eat breakfast, burns more calories than running at any other time during the day.

This is because the number of calories burned depends on your metabolism. Given that you haven’t eaten in the morning, your metabolic rate increases, and you burn more calories. Hence, the likelihood of you losing weight increases.

Also, running in the morning leads to excess post-exercise oxygen consumption or EPOC. This means that your body burns more calories throughout the day as it tries to restore your body to its normal level of metabolic function.

In addition to the calories directly burned by running, there is a spillover impact that affects weight loss. High-intensity training like interval running and hill repeats reduces appetite. After exercising, your body consumes less food and nutrients.

While the exact mechanism for this process isn’t known, we do know that exercise reduces hunger by suppressing the levels of the hunger hormone ghrelin and producing more satiety hormones like peptides that make you feel full.

So when you start running regularly, you burn a tonne of calories. Additionally, you eat less, because of which your calorie input decreases. When put together, these two things mean that you lose weight.

The Best Way to Run

Now that you know how running helps in weight loss both directly and indirectly, let’s get into how you can start running. The activity is actually a little more complicated than simply grabbing a pair of joggers and heading to a track.

You need proper equipment and tools as well as a game plan and a well-thought-out diet.

When going out for a run, make sure you have the following:

Your shoes need to fit your feet well so they can provide comfort and support. If they are too loose or too tight, your feet won’t be comfortable, your ankles won’t be balanced, and you’ll be at risk of tripping and getting injured.

The right clothes are important because they make sure you’re relaxed. If you’re distracted by a very loose or tight outfit, you won’t be able to focus on running. Make sure that your clothing isn’t restricting your movement in any way. You should be able to run and stretch comfortably.

Running leads to sweating which means water loss. You don’t want to be dehydrated, which is why having a water bottle on you is crucial. Look into different types of water bottles and choose one that can either be attached to your body or be held without causing too much discomfort.

The reflective gear is essential if you’re running at night or early in the morning. It will make sure that any and all incoming vehicles see you and don’t bump into you. You can prevent serious injury by investing in one of these.

Sports bras are important for people whose breasts cause annoyance while running. Their movement can be uncomfortable, and sports bras go a long way in alleviating that discomfort. In some cases, it can even be painful. So if you deem it necessary, get one for yourself.

Running, irrespective of which type you pick, is a process with several steps. You need to acquaint yourself with each so that you can get the most out of your training.

The first is choosing the frequency of your workouts. During the first few weeks, running for half an hour three to four times a week is more than enough. Your body will not be used to the exertion associated with high-intensity running. So you’ll need several rest days to get it in tune.

The next step is warming up. It’s super important to warm up before exercising. It prepares your body for exercise and makes sure you don’t get unnecessary strains. Start with a few stretches and follow that up with 5 minutes of walking at a comfortable pace. Then move into a power walk. After a few minutes, you can get into your run.

Once you’re through with your run, you have to cool down. This is just as important as warming up as it calms down your body and reacclimates it by lowering your heart rate and breathing. Five minutes of walking should be enough.

When making a running plan, you need to remember two very important principles: avoid redundancy and slowly build up the intensity.

Your body will adjust itself to be able to endure exercise. And as soon as it gets used to a routine, the routine will stop having any impact. So it’s important to switch things up every now and then. Don’t repeat the same running pattern every week.

Also, if you want to build endurance, you should push yourself and test your limits. Then try to broaden those limits and increase the intensity of your workout.

As you can see, this plan increases the intensity of the exercise by increasing the running time. However, it doesn’t push too far because the overall time of the routine is kept similar. Even so, there are enough variations to keep you on your feet.

Once you’ve got your tools and running plan, you have to use both consistently. There are several ways to stay motivated; you just need to find one that works for you.

For instance, you could get a friend to run with you. Peer pressure will keep both of you in line. Alternatively, you could provide yourself with positive reinforcement. You get to watch a movie in the local theatre after two weeks of consistent running.

Running definitely helps you lose weight. The exact mechanism is two-fold. First, unlike other exercises, running is high intensity, so it burns a lot of calories. Second, it reduces hunger which means you consume fewer calories.

When put together, you end up burning more calories than you’re consuming which allows you to lose weight.

There are several different types of running. The most high-intensity options among them are interval running and hill repeats. However, all the other types are also effective. All you need is a proper running plan that includes one of them, a warm-up, and a cool down.

Once you have that, you’re on your way to a marvelous weight loss journey. As long as you stick to your schedule, nothing will come in your way. Good luck! 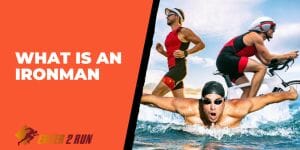 What Is An Ironman 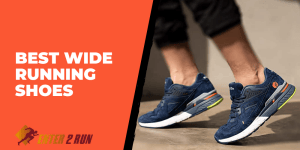 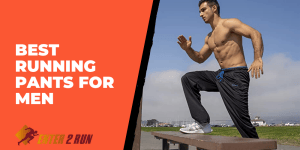