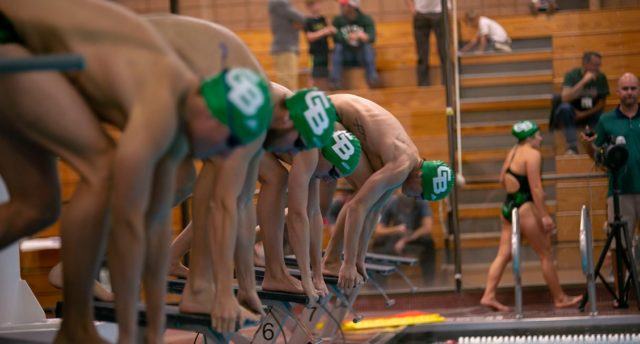 The University of Wisconsin-Green Bay has found its head swimming and diving head coach after starting the 2021-22 season without one. Former Cleveland State swimmer Alex Lewis will serve as the program’s next head, the school announced on Monday.

Green Bay competes in the Horizon League, where Lewis was a conference champion in multiple events during his 2010-14 undergraduate stint at Cleveland State.

Prior to being hired at Green Bay, Lewis spent seven years as a coach at the Mercy HealthPlex in Cincinnati, Ohio, according to the announcement. He was the head site coach from 2014 to 2017 before being named the Regional Head Swim Coach in  2017. As far as collegiate coaching experience goes, Lewis was also an assistant coach at Xavier University from 2014 to 2017, during which time the team won back-to-back Big East titles in 2015 and 2016.

The team is scheduled to compete at home this Friday against St. Norbert, then heads to the IUPUI Invite the following weekend.

In 2020, Green Bay eliminated “tuition waivers” for the swim and dive programs along with its Nordic ski program. At the time, the school said that rather than spread the cuts out across all of its 16 programs, it made the decision to eliminate the waivers from the swimming and Nordic programs based on “roster size, program operational costs, ability to compete at the Division I level, revenue generation, opportunities to win Horizon League championships, and others.”