Where NCAA Teams Will Be Racing During College Swimming “Invite” Season 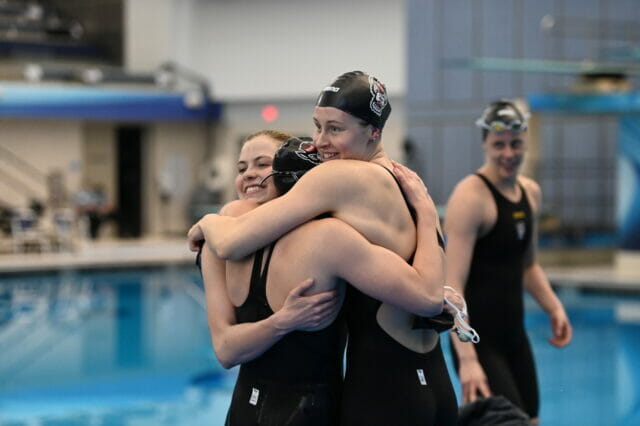 Invite season is fast approaching, with college teams converging for some fast swimming in late November and early December. Archive photo via NCAA

NCAA mid-season invite season is upon us.

As some of the top-tier schools have started to battle head-to-head in dual meets as the season has moved forward, we’ll now get a good glimpse of where both teams and individuals are at during the mid-season invitationals which will primarily take place on the November 18-20 weekend. After a week off for Thanksgiving, the last few meets will trickle in on the first weekend of December.

On the men’s side of things, the top 10 schools from last season’s NCAA Championships will be spread out across seven different invites, with #1 Texas and #2 Cal notably going head-to-head at the Minnesota Invite.

Florida and Georgia will both be in action at the Georgia Tech Invite, and Big Ten foes Indiana and OSU will battle at the Ohio State Invitational. Louisville will head to Purdue, the Wolfpack will host the NC State/GAC Invitational, UVA will head over to Tennessee, and Texas A&M will host the Art Adamson Invite.

The top 10 teams from 2021 on the women’s side will be a little bit more condensed, spread out across five different meets.

The top-ranked head-to-head matchup will come at the Minnesota Invite with #3 Texas, #4 Cal and #6 Michigan all in attendance. The defending champs from UVA will take on #5 Alabama and the #10 host Vols at the Tennessee Invite, and #2 NC State will host the 2019 NCAA champion Stanford Cardinal at the Wolfpack Invite.

Note: Any invites listed with “TBD” under teams competing indicates we’ve reached out to the host school and are awaiting confirmation on which teams will be in attendance.