Where Are the Cal Men at in Training Heading into Triple Distance Meet? 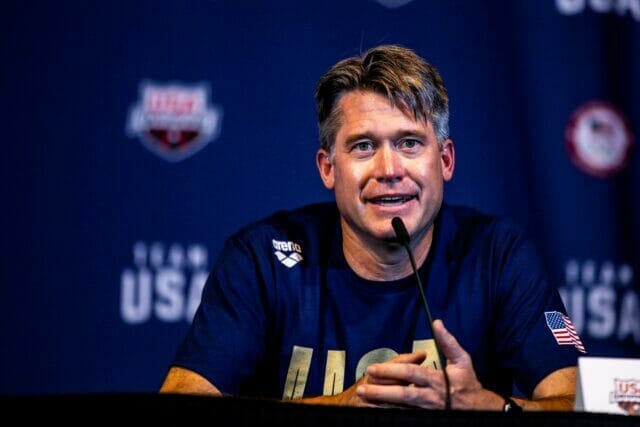 The Cal Golden Bears men are heading into their annual triple-distance dual meet against cross-town rivals Stanford on Friday.

Athletes are then ranked within their group based on their aggregate time within the event (the advantage usually goes to the longer-event specialists, because of the bigger gaps).

Ahead of the meet, Cal head coach Dave Durden and 5th-year senior Bryce Mefford spoke about where the team is at both physically and mentally in their training.

Durden talks about how the challenges of the COVID-19 pandemic, especially in northern California, which had some of the country’s strictest pandemic protocols,

“To be able to come back together as a group, and to be able to work as…a cultural unit through that time, has been absolutely awesome,” Durden said in the video.

Durden says that he’s hoping to see a little more speed from his athletes going out in their races between now and early December, where they go to the high-powered Minnesota Invite for their mid-season rest meet.

2021 US Olympian Bryce Mefford, who finished 4th in Tokyo in the 200 back, also speaks in the video. He’s only swum one race for Cal so far this season, a 50 backstroke against Virginia, and doesn’t currently appear on the team’s roster. SwimSwam has reached out to Mefford and a Cal spokesperson to ask about his plans for this season, but we haven’t received a response yet.