WATCH: The Best Races from the Budapest World Cup Stop 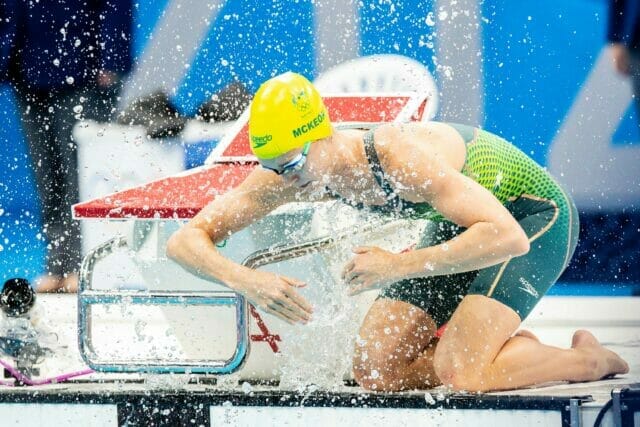 On October 11, athletes finished out their races at the second stop of the FINA World Cup circuit in Budapest, Hungary. This marks the halfway point from the circuit.

With a time of 50.58, McKeon tied the World Cup record held by Sweden’s Sarah Sjostrom. Her lifetime best up to that point was 50.96, which she had set the week before at the Berlin World Cup stop.

The South African 18-year-old is setting record after record, and Budapest was no exception. His time of 3:37.92 just barely lowered the 3:38.00 record set by Australian Thomas Neill in 2020.

Shields, the 30-year-old Olympian, swam the event in 21.99, getting a personal best while also beating Caeleb Dressel’s American record. This race also makes Shields the sixth-fastest performer of all time in the event.

Milak lowered the Hungarian record from 23.39 to 23.34 in the prelims. Then come finals, where he lowers the record to 23.08 and secures the event title.

His teammate McKeon may have secured a World Record in the women’s race, but Chalmers didn’t disappoint. His time of 45.50 won him gold and the Australian record.

Kamminga may be a breaststroke powerhouse, but the Slovenian swimmer Stevens out-touched him by 0.03 in the 50 breast. Check out the hair-splitting race below:

In a ceremonial 100m IM, Cseh competed against a different rival in each leg of the race, including the entire Hungarian national team for the freestyle.

Read the full story on SwimSwam: WATCH: The Best Races from the Budapest World Cup Stop