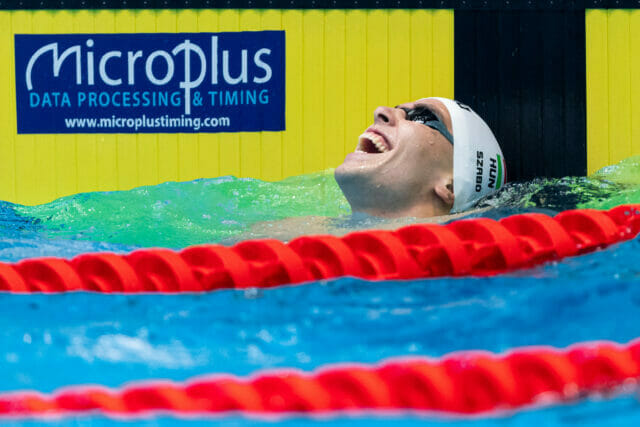 Hungary’s Szebasztián Szabó tied the World Record in the 50 meter fly at the European Short Course Championships. His time of 21.75 ties that of Nicholas Santos of Brazil, originally set in 2018.

Watch below as Szabó soars to the wall in a record-breaking performance.