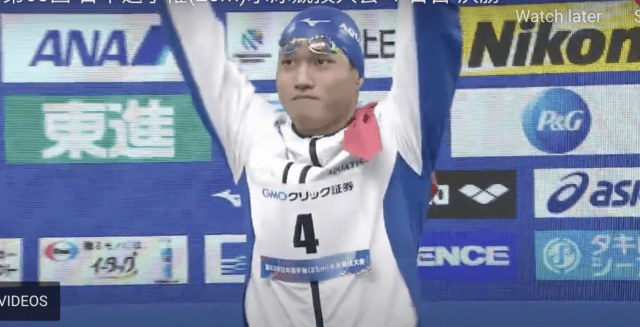 A Japanese national record went down on day 1 of these Japanese Short Course Championships, with Yuya Hinomoto posting a super quick mark of 55.77 to take the men’s 100m breaststroke.

After establishing himself as the top-seeded swimmer with a morning swim of 56.37, Hinomoto busted out the fastest swim of his life, and the first sub-56 effort of his career, to beat out veteran Olympian Yasuhiro Koseki.

With his performance here, Hinomoto now ranks as the 5th fastest man ever in the SCM 100 breaststroke event, sitting just less than half a second away from Belarusian Ilya Shymanovich’s World Record of 55.34.