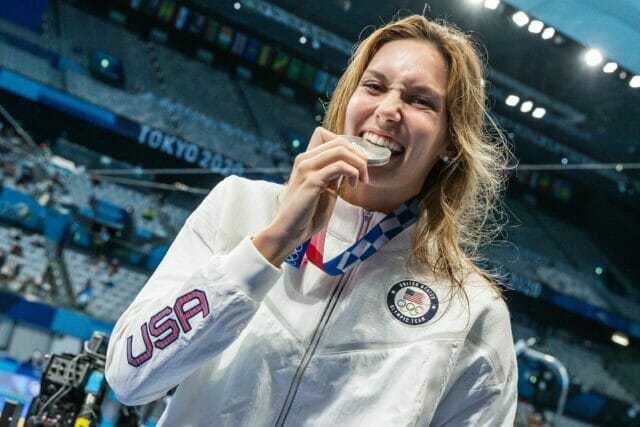 Arguably the most anticipated dual meet of the season thus far will get underway today in Charlottesville, as the reigning NCAA championship teams will both be in action as the Virginia Cavaliers host the Texas Longhorns.

The swimming portion of the competition will take place at 4 p.m. ET on Friday and 10 a.m. on Saturday (diving will start at 1 p.m. Friday).

The meet will be live-streamed on the ACC Network, which you can find here. ACCNX is available to authenticated subscribers of ACC Network via the ESPN App.

Click here for a breakdown of how to watch the ACC Network.

Cavaliers’ Alex Walsh (women’s 200 IM) and Kate Douglass (women’s 50 free) won individual national titles in 2021 and followed up by winning silver and bronze, respectively, in the women’s 200 IM at the Olympic Games for the United States.

Virginia also has freshman sensation Gretchen Walsh, who has been off to an incredibly hot start this season, leading the nation in the women’s 100 freestyle and ranking second to Michigan’s Maggie MacNeil in the 50 free and 100 backstroke.

Texas’ roster includes freshman Erica Sullivan, who won an Olympic medal of her own this past summer with a silver behind American teammate Katie Ledecky in the inaugural Olympic women’s 1500 freestyle.

The Virginia men were ninth at NCAAs last season and have revamped by bringing in Alabama transfer Matt King and #3 recruit Jack Aikins.