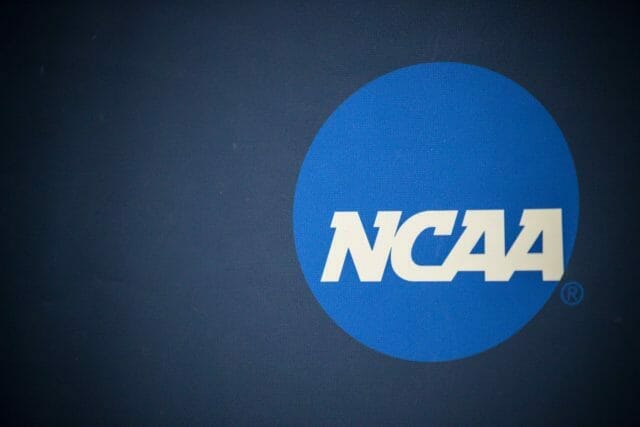 “The USOPC Think Tank is proud to move these ideas into action with the NCAA national office and membership,” said Scott Stricklin, University of Florida athletic director and USOPC Think Tank co-chair. “Now is the time to think creatively to preserve our broad-based collegiate sports infrastructure.”

Regarding sport sustainability, the group issued two recommendations — one specifically about delaying the recruiting timeline for swimming and diving. As of 2019, coaches could begin contacting students on June 15 following their sophomore year of high school, with official visits permissible starting Aug. 1. At the time of that change, the CSCAA requested — and was denied — an exemption to have the swim and dive recruiting window open later.

The new recommendation doesn’t give a detailed timeline but suggests that the recruiting process would begin in the senior year of high school.

Recommendation 1: Develop a customized recruiting plan for swimming and diving to initiate the recruiting process during a prospect’s senior year of high school. By delaying initial contact, limiting visits and implementing a contained recruiting calendar, the adjustments will alleviate pressures on prospects, ease the time burden on athletes and coaches, and increase operational efficiencies.
Recommendation 2: Allow flexible engagement with prospective and elite male gymnasts by deregulating men’s gymnastics recruiting rules around clubs, tryouts, camps/clinics and national teams. These changes would allow varsity programs to partner with youth programs and USA Gymnastics to share facilities, streamline expenses and generate revenue through expanded camps/clinics.

The recommendations will now be reviewed by various NCAA committees.

According to the USOPC, more than 100 Division I sports programs were dropped “as an early result of the pandemic” — non-revenue sports like tennis and swimming were among the hardest hit.

“We are incredibly excited about these recommendations, motivated to see them put into practice, and grateful to all of our USOPC Think Tank members for dedicating their time and energy to this important effort,” Hirshland said. “These recommendations lay the foundation for greater partnerships moving forward, and together we can work to keep Olympic and Paralympic sport opportunities strong on campus.”