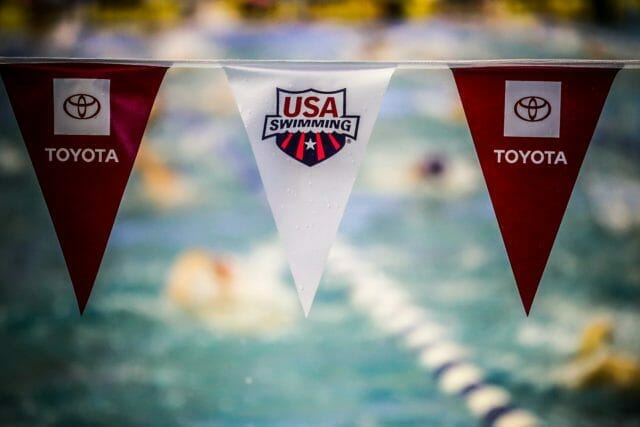 USA Swimming High Performance Manager Russell Mark is leaving the organization after 19 years, a source confirmed to SwimSwam on Friday.

Mark, who primarily worked with the U.S. National Team in perfecting technique through data analysis, has been with USA Swimming since 2002, with his most recent title of High Performance Manager being held since 2010.

“The most important thing is that USA Swimming’s National Team staff remains committed to providing world-class support to its National Team athletes,” USA Swimming told SwimSwam. “Every effort will be made to ensure that the change in staff members does not disrupt day-to-day operations.”

USA Swimming added that the National Team division will continue to grow as they add talented and experienced individuals to the High Performance team.

Mark has been at the cutting edge of evolving swimming through video and data analytics throughout his career in the sport, aiding USA Swimming’s best in optimizing performance at the highest level.

A swimmer at the University of Virginia, Mark graduated with a degree in aerospace engineering and went on to pursue a career in the field, working in Pratt & Whitney’s experimental military jet engine programs from 2001 to 2002.

He then switched gears and pursued an internship at USA Swimming, and has been with the organization ever since, serving as the Biomechanics Coordinator/Manager up until 2008 when he became the National Team Performance Support Director.

Mark routinely traveled around the country doing checks on U.S. National and Junior National members, and has accompanied USA Swimming at every major international meet over the past several years.

During his competitive swimming career, Mark was a part of three UVA ACC championship titles from 1999 until 2001, with the Cavs ultimately winning five more in a row following his graduation.

This is the second relatively high profile member of USA Swimming’s staff to leave the organization over the last month and a half. At the beginning of October, it was announced that Chief Operating Officer (COO) Mike Unger was leaving the organization after 28 years to take a new role FINA.