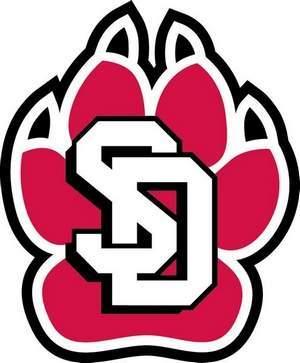 The University of South Dakota, an NCAA Division I school in Vermillion in the state’s southeastern region, has announced their intention to build a new state of the art aquatic complex, including an indoor 50 meter pool, as part of the school’s strategic plan to expand their existing USD Wellness Center.

University president Sheila Gestring unveiled the plans at her annual State of the University address last month, stating that the expansion of the Wellness Center will begin next summer and is scheduled to be completed in 2024. The $25 million expansion will add an extra 45,800 square feet to the existing facility and will include an indoor long course pool with seating for 400 spectators, as well as a smaller teaching/therapy pool, hot tubs, expanded locker rooms, and expanded meeting and office space for the Coyotes’ varsity teams and coaches.

The new facility will be a major upgrade for the Coyotes, whose men’s and women’s programs currently utilize the 6-lane, 25 meter DakotaDome for practice and competition. At last year’s Summit League Championships, the men’s program won the conference title, while the women’s program finished in third behind the University of Denver and South Dakota State. The Vermillion Area Swim Team, a USA Swimming Club team, also currently uses the DakotaDome for its practices and figures to be in line to use the new facility when it opens in 2024.

The new pool in Vermillion will mark the second major indoor aquatic complex built in the state in recent years. The Midco Aquatic Center, a 10 lane long course pool in Sioux Falls, near the South Dakota-Minnesota border, was completed in 2016. The facility currently houses a variety of community programs, including the Sioux Falls Swim Team, South Dakota’s top club team.