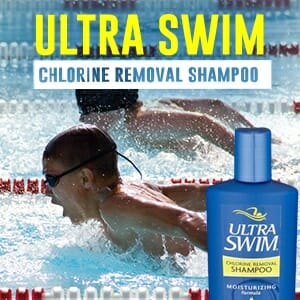 Ultra Swim Swimmer of the Month is a recurring SwimSwam feature shedding light on a U.S.-based swimmer who has proven themselves over the past month. As with any item of recognition, Swimmer of the Month is a subjective exercise meant to highlight one athlete whose work holds noteworthy context – perhaps a swimmer who was visibly outperforming other swimmers over the month, or one whose accomplishments slipped through the cracks among other high-profile swims. If your favorite athlete wasn’t selected, feel free to respectfully recognize them in our comment section.

During the break between the International Swimming League (ISL) regular season and playoffs, the abbreviated rendition of the 2021 FINA World Cup has been filling the void in the world of elite competitive swimming.

The World Cup circuit, shortened to just four meets this year (all falling in the month of October), has seen some scintillating performances from the likes of Australian Kyle Chalmers, a coming out party for South African teenager Matt Sates, and the continued dominance from names such as Kira Toussaint and Emma McKeon.

And while nearly all of the American swimmers competing in the ISL took the month-long break to head home to regroup prior to the playoffs in November, one swimmer that stayed overseas and has been performing exceptionally at the World Cup is Tom Shields.

Shields, 30, is arguably the U.S. swimmer that has raced the most SCM over the last decade, and has continued to show his ability to perform consistently at the highest level, having notched nine event wins through the first three meets (and Day 1 of the final stop in Kazan).

This includes Shields going a perfect four-for-four in the men’s 100 butterfly, including hitting the third-fastest time of his career at the opening leg in Berlin (48.67) to defeat friendly rival Chad Le Clos.

Shields was also sub-49 in Budapest (48.83), and perhaps even more impressively, broke Caeleb Dressel‘s American Record at that meet in the 50 fly, becoming just the sixth man in history under the 22-second barrier in 21.99.

A two-time Olympic gold medalist, Shields also won the 200 fly in Budapest and added a fourth win at the meet in the 100 back, registering his fastest time since 2013 in 50.50.

Following the third leg of the World Cup in Doha, Shields ranked third in the circuit standings, narrowly trailing Sates and Dutch breaststroker Arno Kamminga (points are calculated based off of a swimmer’s top-three performances at each meet), and if he can string together two more top-tier performances in the 50 and 200 fly on Friday and Saturday he’s got a great chance to finish in the top position.

Shields has been an absolute workhorse over the last two months, competing in four matches for the ISL’s LA Current before taking on four more three-day meets on the World Cup. When the Kazan leg wraps up on Saturday, he’ll have less than two weeks before diving back in the pool for the playoff phase of the ISL season, beginning on November 11 in Eindhoven.

But given what he’s shown in recent months, and really over the course of his career, the extra work won’t be a problem for the American fan favorite.

Ultra Swim is the shampoo made for swimmers. It gently removes harmful chlorine, and prevents damaged hair. So swim all you want, without sacrificing your hair.

Buy Ultra Swim at these locations

Ultra Swim is a SwimSwam partner.