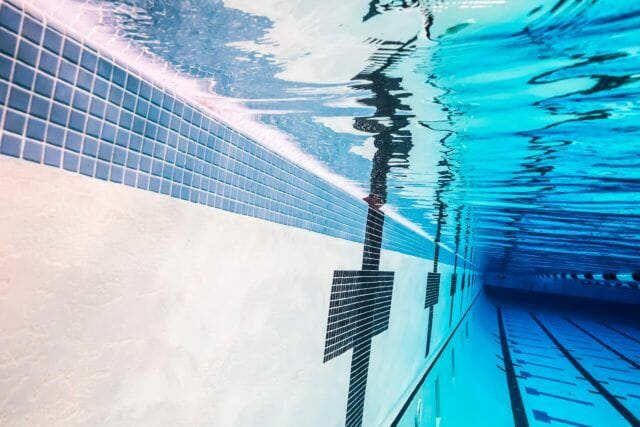 My roommate and I were both student-athletes at our undergraduate college. She was a golfer, and I was, obviously, a swimmer.

A few days ago we got to talking about the point in our time as a student-athlete where we realized that we were cut out for playing collegiate sports. The point where things started to click into place. The turning point, if you will. One of my roommate’s big turning points was a particularly low round of golf. One that set the momentum for the next few years for her. I got to thinking about my turning point, and I realized that I could come up over the span of my swimming career that I would consider turning points.

One of the first things that immediately came to mind when I was thinking about a turning point happened my sophomore year of high school. I’ve been swimming for six or seven years at this point, and I love the sport with my whole heart. It’s fun, and I get to go to practice every day and work my tail off to chip away at those times. Despite the work I’d been putting in for so long, I was still the one chasing the competition. I didn’t care that I was far from the best (and, spoiler alert: I never became “The Best”). What I wanted though, was to prove to myself that I could hang with the big dogs. My chance came at the high school state meet. I made it to the finals in the 500 Free. I was in one of the outside lanes for the final. We dive in. Something clicks, and I start to nail my race strategy. Actually, I’m swimming faster than I planned. I’m staying up with the girls that I’ve watched win for years. Half of the competition falls behind. I touch third. It’s not some crazy victory story, but standing on the bottom step of the podium by myself for the very first time in my career made me realize that I was a competitor.

Now, if you’ve followed along with some of my stories before, I know what you’re thinking. You’re thinking, “but Mary, you’ve said time and time again that you were a sprinter, are you sure you didn’t accidentally add an extra 0 on the end of the 50??” It may be hard to believe, but I once considered myself a solid mid-distance swimmer. The funny thing is, is that the 500 free I swam at my high school state meet was the fastest I ever swam in the event. While that race showed me I could compete, it would also be the last time I had success in that event. I plateaued a bit in the mid-distance events, but my sprints kept getting faster…

That leads me into my freshman year at Carson-Newman. In my back half of high school, I was having a bit of an identity crisis when it came to what events I was good at. Like I said before, I used to be a mid-distance swimmer! Now, I’m getting ready for my first season of college swimming, and I’m told I’m a sprinter. I’m really excited about this, sprinting seems like a blast, but my sprint times are nothing to write home about for a brand new D2 swimmer. In high school, I was a 24.9 50 freestyler, had never broken 53 in the 100 free, and had never broken a minute in the 100 back. We have a few dual meets to start the season, but it’s not until we make it to our mid-season championship meet that something really clicks. It’s November, and we’re swimming in Cincinnati. I’m entered in the 50/100 free, 100 back. I start racing, and I start dropping time. At this meet I break 24 in the 50 free, 53 in the 100 free, and 1:00 in the 100 back for the first time. I surprised my team, my coaches, and, most of all,  myself. This is the first time that I realize how I could play a role on my team. I realized that I had the ability to be a point scorer and a relay swimmer. Now, I just had to keep working hard if I wanted to hold onto those spots.

Fast forward to second semester senior year of college. I’m sitting on the pool deck after practice stretching, and, let’s be honest, procrastinating going to do my homework a bit. While I’m sitting there, the NCAA releases the list of swimmers who have been invited to the D2 Swimming and Diving National Championships. For the last 3 years I have been able to go to nationals, but as a relay only swimmer. I love getting to contribute to my team in that way, and getting to cheer on my friends as they swim their events. But, it’s senior year and I’ve been working for years to get to go and swim my individual events along with relays. I can’t look at the list, but I have to. My heart rate has shot up way too high for someone just sitting on the floor stretching. I might be shaking a little, this is my last chance to go as an individual. And there, my name is on the list. With less than a month left as a swimmer, I have finally reached one of my biggest goals. I immediately go wave my phone in front of my coach’s face. He’s been there with me every step the last 4 years. Next, I text my club coach back home. He’s known me for years and years, and played a big role in who I became as a swimmer. With only a few weeks left in my career, I have another turning point.

While these are some moments where the hard work visibly paid off, what if things hadn’t turned out the way I wanted? If things had happened differently, it wouldn’t have discounted the work I put in to get there. The thing is, is that a turning point does not just have to be the high points. There are moments where maybe you didn’t hit the time you wanted. Where you got out-touched. I certainly had many of these moments, and they were just as valuable as the times where I reached my goals. Both instances you can use as a platform to jump from. Something to learn from, and it can give you a tool to figure out how to work harder, work smarter, and how to get better.

So, take a second and think, what is your turning point? Look how far you’ve come.