The Odyssey of the Oddo Brothers 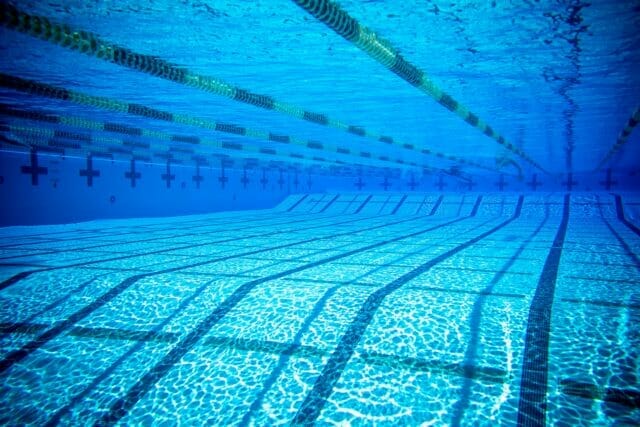 DANVILLE, Ky. – Brothers Zee and Kai Oddo certainly had interesting journeys to get to Centre College where they are both members of the swim team.

“Both are great students and strong contributors to our team,” said Centre coach Dean Brownley. “They are both from Lexington but have lived all over the world. They are just unique.”

“After moving back to Lexington for three years where I finished elementary school, we moved to Malawi, also in southern Africa, because my dad got a job with the United States International Aid Agency (USAID),” Zee said. “We were there for four years before we moved back to Lexington and I finished high school (Tates Creek).

“Right as I moved to Centre College, my dad got a job with USAID in Germany, so the rest of my family moved there while I left for Danville,” the Centre College senior said.

“I arrived at the start of my junior year and decided to join the track team to make friends before the swim season started. I’m definitely not a runner but that was one of the coolest experiences during my time there. Having my school on the edge of a nature preserve allowed me to run through what felt like old land,” Kai said.

“The swimming in Germany was difficult for me because I had the option of swimming with a local team and with the school or just the school. I opted to only swim for the school because I had no German language experience. Because of my choice I didn’t get to swim as much or at the level I wanted to, so I saw little improvement but still met a lot of interesting people who were in similar family situations as myself.”

Kai admits traveling was fun but eventually became “annoying” to him because he didn’t like having to leave friends and try to make new ones in a new country.

“I think that moving so often brought down my confidence in making and finding new friends, but once I came to Centre I felt so much more confident because I felt at home,” he said.

He attended Dunbar High School in Lexington before his family moved to Germany. He remembers how “everyone’s goal” was to leave the state for college after graduation.

“I felt like that at first, looking at colleges in Denver and Portland, for example. After about a year in Germany, however, I was just tired of having so much change in my life and being in Kentucky again, especially at a college with such prestige in Kentucky, seemed a lot more appealing,” Kai said. “Having my older brother here didn’t seem important when applying, but having come here I realized how much fun it is hanging out with him again.”

“The mission of the Program is to develop future leaders and change makers to make a positive difference in the world, and this was something I had been aspiring to do throughout high school,”the Centre senior said. “After getting accepted into the Program, coming to Centre College was a no-brainer, and since I had been in contact with Coach Dean throughout the application process, swimming was something I was really excited to continue as well.”

He’s also excited to have one more year swimming with his younger brother at Centre.

“I have been swimming with my brother my whole life and so swimming with him at Centre really isn’t that different. What was truly weird was having my first two years here without him. It’s especially nice that my parents don’t have to travel twice as much to see us both swim,” Zee said.

Kai says the brothers, including their younger brother Seneca who turns 16 in January, are “fairly competitive” with each other. He believes younger siblings are more competitive to make sure they are not overshadowed.

“Our younger brother is by far the most competitive in the family mainly because of that reason. I know that for me, my brother is my biggest motivation on the team and that it will be tough to find someone like him to always strive to be like once he’s graduated,” Kai said.

The brothers expect the Colonels to have a successful season. Kai joked that Brownley “went a bit recruitment crazy” with a large, talented freshman class.

“Not having the same vivid restrictions as last summer also really helped the team stay in better shape before this season started,” he said. “I’m sure other teams in the SAA have similar things to say about their teams but our team excelled where others didn’t last season, so I have nothing but high hopes now that we have less handicaps thanks to the vaccines.”

Zee accepts this is his final season of competitive swimming and wants to go out knowing he did his best.

“Our guys’ team is really strong this year, especially with the great first-year class that has come in,” he said. “It’s pretty early to make predictions about exactly how well we’ll do at conference but from the first couple of weeks of practice I’m confident we can far surpass our performance last year.”

Zee is a double major in Mathematics and International Studies. He’s not certain about his plans after graduation but likely will attend law school where he might put all his travel to good use.

“In particular I am interested in pursuing international and civil rights law, as that has been something I have been surrounded by my whole life,” Zee said.

Larry Vaught is a seven-time winner of the Kentucky Sportswriter of the Year award and has covered University of Kentucky sports since 1975. He worked at The Advocate-Messenger in Danville for more than 40 years and was the newspaper’s sports editor from the mid-1990s through 2015. He still lives in Danville.