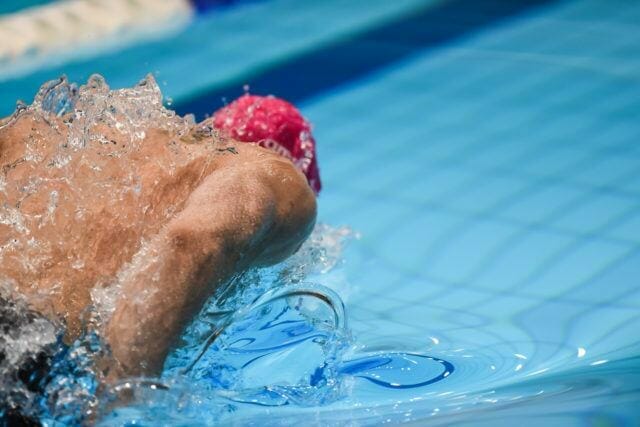 Day 3 of the 97th Japan Student Swimming Championships brought the heat in the men’s 100m fly, just as it did yesterday in the 200m distance of the same discipline.

While yesterday’s 200m fly winner was represented by Olympic silver medalist Tomoru Honda with Daiki Tanaka coming in for a close 2nd, tonight it was Tanaka’s turn to top the podium.

Opening in a super quick 23.86, Tanaka held his own against one-time national record holder Shinnosuke Ishikawa, who started his race in an opening 50m of 24.17.

When all was said and done, Tanaka got to the wall in a time of 51.13, just .02 off of Ishikawa’s own meet record and lifetime best from this meet 2 years ago. As for Ishikawa, he touched over half a second later in 51.80.

That registered as a huge new personal best for Tanaka, whose career-quickest entering this meet was marked by the 52.09 logged at the Japan Open earlier this year. With his 51.13 performance here in Tokyo, however, Tanaka now ranks as Japan’s 5th fastest performer ever in this event.

For the women, leukemia survivor Rikako Ikee got nipped right at the end of the 100m fly, with the Nihon University student-athlete touching in 58.63 to winner Chiharu Iitsuka‘s mark of 58.62.

21-year-old Ikee ripped a first half of 26.70 to Iitsuka’s 27.75, only to be taken over at the final touch. Ikee had already won the 50m free on. night one and also was a member of a gold medal-winning relay yesterday.