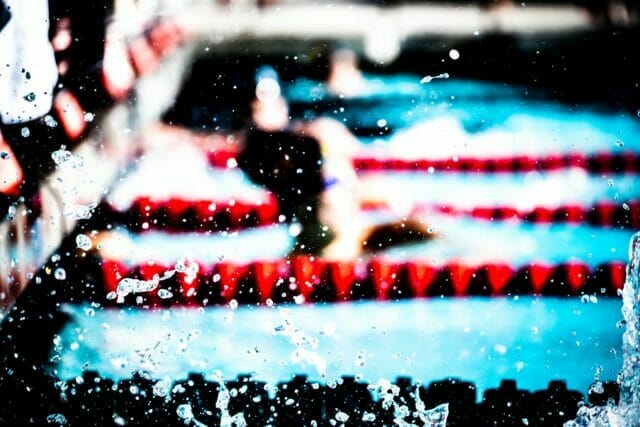 Competing at a tri-meet that featured Northern Michigan, Saint Cloud State, and Davenport, Raf Hendriks of Saint Cloud swam to the fastest 200 back time in Division II this year, touching in 1:48.25. That time also ranks him at the top of Division II so far as one of the top-20 swimmers in all of collegiate swimming during the 2021-2022 season. He nearly even split the race, taking it out in 53.84 before bringing it back in 54.41.

Besides his performance in the 200 back, Hendriks also swam to the second fastest time in Division II in the 100 back. His time of 49.07 currently ranks behind Ben Sampson of Colorado Mesa (48.96).

Hendriks wasn’t the only athlete at the meet to post a top time in DII. Northern Michigan’s Ondrej Zach won the 1000 free by over 20 seconds to become the fastest performer in the event this season. His time of 9:15.16 puts him over five seconds ahead of Jon Kantzenbach of Grand Valley State for the fastest performer this season. At the 2021 DII Championships Zach finished second in both the 1000 and 1650 freestyles, touching behind only Fabio Dalu. Dalu has since transferred to Division I, joining Ohio State this season.

Heidi Billings of Nothern Michigan cruised to an easy win in the women’s 200 back, touching in 2:02.58. That time makes the freshman from Fairbanks, Alaska the third fastest in DII this season.
Another freshman on the Northern Michigan team, Ella Houwers picked up her first collegiate win in the women’s 200 breast. The 2020 Wisconsin high school state champion touched first by over four seconds, finishing in 2:22.54.
The 2021 DII Championships silver medalist in the 200 breast, Roberto Camera cruised to a win in both the 100 and 200 breaststroke. In the 100, he touched in 56.41, while in the 200 he stopped the clock in 2:06.07.