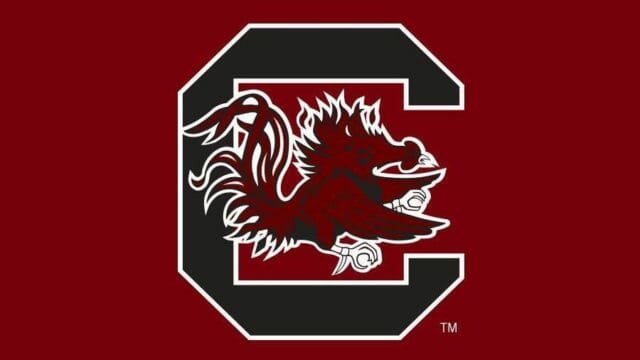 Competing at the Carolina Natatorium on the University of South Carolina’s campus, both the Gamecock men and women came away with wins over the defending DII champion Royals. The men’s meet was close, with South Carolina only winning 141-121, while the Gamecock women ran away with the meet to a score of 187-70.

South Carolina started the meet off strong when the team of Michael Laitarovsky, Luke Massey, Guy Gropper, and Phil Costin combined to take the win in the 400 medley relay in 3:17.19. That swim came in large part to a huge leadoff leg from Laitarovsky, who led the field by nearly three seconds at the 100 to touch in 48.27. That swim is a lifetime best in yards for the freshman who represented Israel at the 2020 Olympic Games. There, he finished 36th in the 100 back (55.34). Later in the meet, he claimed the individual win in the 100 back in 50.61.

Queens followed that race by taking first in the next two events, the 1000 and 200 free. In the 1000 free, Luke Erwee claimed the win by a margin of nearly five seconds, stopping the clock at 9:17.47. Just minutes later Balazs Berecz took the victory in the 200 free. In a close battle with South Carolina’s Phil Costin, Balazs touched in 1:39.46. Costin was just behind him in 1:39.51. Berecz would later pick up a second-place finish in the 200 breast, just behind South Carolina’s Jordan Yip (2:02.99).

After helping his school’s relay to a win to start the meet, Luke Massey took the win in the individual 100 breast. Massey held off Jan Delkeskamp of Queens to take the win in 55.79. Delkeskamp would later pick up a win of his own when he touched first in the 400 IM (3:58.83).

The Division II National Record Holder in the 200 fly, Alex Kunert picked up the win for the Royals in the 100 fly in dominant fashion. The 25-year-old touched nearly two full seconds ahead of the field in a time of 1:48.01. He also picked up a win in the 100 free (44.99) later in the meet.

The only swimmer to dip below 1:49, Patrick Groters of South Carolina was the top performer in the 200 back. Groters finished in 1:48.91.

After taking the win in the 1000 free earlier in the meet, Luke Erwee doubled up on distance wins after finishing in the fastest time in the 500 free. Erwee edged out Tamas Novoszath of South Carolina with a final time of 4:30.19.

Guy Gropper came away with the top time in the 100 fly for the Gamecocks, touching in 49.37.

Queens closed out the meet with a victory in the 400 free relay. Kunert, Skyler Cook-Weeks, Dusa, and Berecz combined for the top time of 2:57.74.

The South Carolina women were dominant the entire competition, winning the 400 medley relay and never looking back on their way to a 187-70 victory.

The 200 free saw the first multiple event winner on the women’s side, with Sammie Ai picking up an individual win shortly after she helped her team to first in the 400 medley relay. Ai led her teammate Emma Alexander by over a second, finishing in 1:50.38.

In the 100 back, South Carolina came away with the five fastest times of the meet. Leading the charge for the Gamecocks was Emma Walker in 55.41. Just behind her was Mari Kraus, who helped her team to a win in the 400 medley relay earlier in the meet. Kraus finished in 55.58, nearly a second slower than the 54.79 she swam on the relay. Later in the meet Kraus grabbed an individual event win in the 200 back, touching in 1:57.37.

The 100 breast was a tight race between a trio of Gamecock swimmers, with Taylor Steele, Annaliese Streeter, and Georgia Johnson all finishing within a second of each other. Coming out on top was Steele, who edged out Streeter with a time of 1:03.47. Streeter finished in 1:03.66.

Annaliese Streeter picked up an individual event in the 200 breast, finishing just ahead of teammate Georgia Johnson. Streeter’s time was 2:17.45.

Freshman Emma Israels led the charge for the Gamecocks in the 100 fly, finishing just ahead of fellow first-year Paige Collins. For Israels, the swim marked her first win at the collegiate level, with her final time being 55.67. Collins finished in55.96.

Queens’ was able to pick up their first event win of the day in the 400 IM, as South Carolina elected to race their swimmers as exhibition for the remainder of the meet. Tova Andersson took the win in 4:28.73, although the fastest swim in the race came from South Carolina’s Ellie Masterson (4:23.81).

To close out the meet, the Queens’ team of Danielle Melilli, Monica Fumina, Caroline Lawrence, and Giulia Grasso combined to finish in 3:31.28.