Shouts From The Stands: Was Ledecky’s Tokyo 200 Free A Fluke? 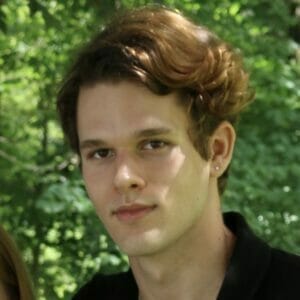 SwimSwam welcomes reader submissions about all topics aquatic, and if it’s well-written and well-thought, we might just post it under our “Shouts from the Stands” series. We don’t necessarily endorse the content of the Shouts from the Stands posts, and the opinions remain those of their authors. If you have thoughts to share, please send them to [email protected]

This “Shouts from the Stands” submission comes from Kyle Barclay, a former collegiate swimmer that now works in the medical field.

Katie Ledecky’s resume speaks for itself and she needs no introduction. She is one of a select crowd of people that could walk away from an Olympics with two golds, two silvers, and possibly feel slightly disappointed.

Even writing that statement out feels a little ridiculous, but let me give it some context. Leading up to Tokyo 2020, she had put up the second-fastest time in the world in the 200 free, 1:54.40, at the Mission Viejo stop of the TYR Pro Swim Series. Not only was this time #2 in the world, it was also tied with Allison Schmitt as the fastest time ever on US soil, and it was Ledecky’s 2nd fastest performance ever, only slower than the 1:53.73 she won the 2016 Olympic title in. Even if she had just repeated this exact time in Tokyo she would have won bronze.

Now, the argument could easily be made that she just misfired a little at the Olympics but that doesn’t really seem true. In her three other events, she went season-best in all of them, dropping several seconds from trials. Although her longer events did not see a huge improvement, her 400 saw a four-second drop from trials to the Olympics, which seemed like a good premonition for the 200. I know that I can’t be alone in thinking that the 1:55.21 she put up in the final came as somewhat of a surprise. Not only was this slower than the 1:55.11 she went at Trials, but it was also significantly off the 1:53.76 split that she anchored the 800 free relay in (which is actually her second-fastest relay split ever, only trailing the 1:53.74 from Rio).

For some reason, this one swim kept nagging at me, even after the Olympics were long over, and eventually, I decided to engage my favorite hobby of checking swim results. Katie has swum the 200 free at an international meet 6 times in her career: Her finals times in each of these years are below. In addition, I have also included her 800 free relay split and season-best for each corresponding year.

If we look at her finals time we can see that her 2021 performance is actually strikingly consistent with the norm, excluding the 2016 Olympics. In fact, she has gone the exact same time (margin for error .06) in 4 different finals now. The only difference between her 5th place finish in Tokyo, and the 3 other times she has gone this time is the people around her went faster. Another thing to note is that she has only ever gone her season-best in an international final in 2015 and 2016.

So what is the explanation for this? It’s pretty obvious once you think about it for a second. 2016 is the only year in which she didn’t have a double on the day of the 200. The Pan Pacs schedule places the 800 final in between the 200 prelims and finals, and the Worlds/new Olympics all have the 200/1500 double (though it’s the 200 semi-finals).

The truth is even Katie Ledecky can only do so much with a double like that. And it seems like 1:55.15 is about exactly how much she can do. So my nagging instinct was right. She probably could have put up a faster time in that final, but we’ll never know what could have happened with a better schedule.

So what does the future hold? If there’s one thing we know about Ledecky it’s that she is smart. She knows this is going on. The question is, will she keep trying to stretch herself beyond what is possible, or will she make the decision to narrow her program?

If she does narrow her program, will she secede the 1500 to the rising younglings or will she stick to the event in which she is history’s fastest performer by 18 seconds? Personally, I hope she keeps fighting it out in the 200. At this point, Katie doesn’t need more gold medals, and I would love to see what she can really put up in an individual 200 free. Whatever happens, I know she’ll make the right decision for her, and I’m excited to see what happens.

Kyle Barclay swam collegiately for 3 years at a DIII school and is now happily retired and working in the medical field.