Seto And Toussaint Collect $12k In Doha As McKeon, Sates Hold On To Series Lead 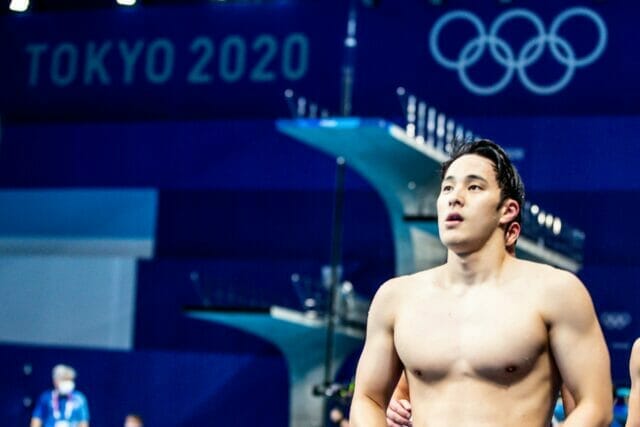 At the third meet of the 2021 FINA World Series in Doha, Qatar, 20 women, and 20 men earned prize money for their efforts. Only the swimmers’ top 3 events points-wise are worth anything for ranking purposes and the highest scoring swimmer is given $12,000, followed by $10,000 for second, and $8,000 for third.

In addition to those prizes at each meet, FINA will be awarding additional prize money at the end of the 4-stop series to the top 10 ranked swimmers including a grand prize of $100,000 to the women’s and men’s winners.

Kira Toussaint pulled off her first meet win of the 2021 FINA World Cup series in Doha, Qatar by scoring 58.3 points overall to edge out Emma McKeon who collected 55.9 points. Newcomer to the World Cup field in Doha Yuliya Efimova made a noticeable entrance, picking up 55.3 points.

Toussaint and Efimova both won 3 events in Doha, taking gold in the 50/100/200 back and breast, respectively, while Emma McKeon collected 100 free/100 fly gold and 50 freestyle silver.

McKeon’s countrymate Madi Wilson had a similar record at meet #3, taking the top spot in the 200 and 100 freestyles, and silver behind McKeon in the 100 freestyle. Wilson had a busy meet as she also race to a podium finish in the 50 free and 100 backstroke where she took bronze.

Despite Kira Toussaint‘s victory in Doha, she didn’t quite score enough points to replace Emma McKeon as the high-point leader across the first 3 meets. Emma McKeon retained her #1 position and now sits 0.8 points ahead of second-ranked Toussaint. Madi Wilson stayed in the top 3 with her highest score thus far of 55, while Berlin victor Maria Ugolkova got up to 143.6 points for 4th place.

An exciting race for 5th place had broken out with Michelle Coleman and Zsuzsanna Jakabos tied at 141.1 points, just 0.1 points ahead of Holly Barratt.

Notably, Lydia Jacoby has remained within the top 10 here despite only having raced at 2 meets.

As for the men, Matt Sates is on track to win the $100,000 prize should he keep his first place position next week at the final meet in Kazan. Sates won’t be able to collect the hefty award, however, as he is planning on becoming an NCAA athlete in 2022, and college athletes can only collect expenses for their trip to the meet.

Breaststroke ace Arno Kamminga isn’t far behind Sates here with 169.7 points so far and could certainly make a bid to take the top spot if he can pull off a breaststroke sweep in Kazan. Tom Shields shouldn’t be out of contention yet as he currently sits in the #3 position, only 0.7 points behind Kamminga.

Kyle Chalmers is the only other man to have cleared 50 points as of Doha with 54 overall, but Danas Rapsys, Fabian Schwingenschlogl, and Szebasztian Szabo are all lurking around the 49-point mark with one meet to go.