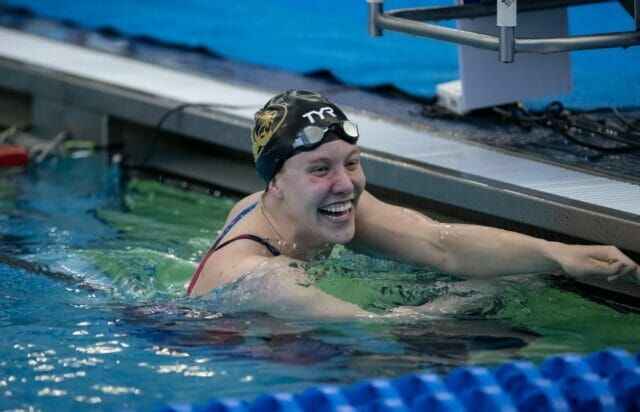 The Tigers torched the opening session of their home invitational, with Mizzou claiming four of the top-six seeds for finals, including sweeping the top seven spots in the men’s 200 IM and the top five in the women’s 50 free.

The swim of the morning came from Mizzou fifth-year Sarah Thompson, who became the fourth woman to crack the 22-second barrier in the 50 freestyle in a time of 21.95.

Thompson, who had previously been 22.05 this season at the SMU Classic, set a personal best of 21.42 at last season’s NCAAs where she finished third.

The Tigers took the top five spots in the event, with junior Amy Feddersen qualifying second in 22.38.

The two non-Mizzou swimmers to earn top seeds on the session were Nebraska’s Autumn Haebig in the women’s 500 free and CBU’s Rémi Fabiani in the men’s 50 free.