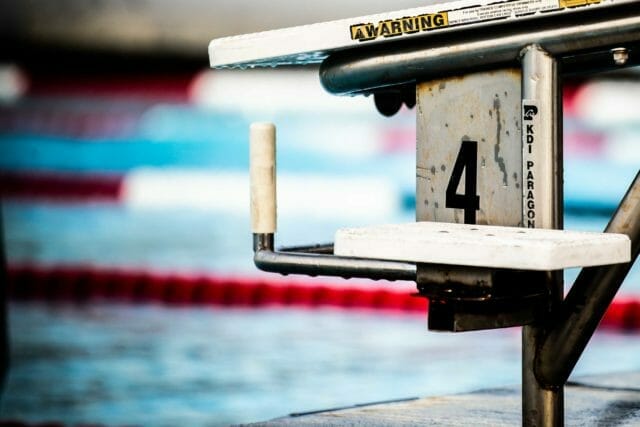 By Jack McCormick on SwimSwam

Division 3, the class designated for the smallest schools in Arizona, held its state championship meet over the weekend at the Phoenix Country Day School. The home school came out on top in both competitions, winning both the men’s and women’s meet. SwimSwam predicted both teams to come away with wins in our meet preview from last week.

Phoenix Country ran away with the meet, finishing with nearly double the score of the runner-up, Chandler Prep.

Seton Hill started their meet off by claiming the win in the 200 medley relay over Scottsdale Prep. Brea Zandt, Izabella Nieto, Claire Armstrong, and Catalina Merrill combined for a final time of 1:52.64.

Pusch Ridge Christian’s Paige Housman ran away with her two individual events, claiming the top spot in both the 200 free and 500 free. A junior, last season Housman was the Division 3 state champion in the 100 free. This year, she claimed the 200 in 1:49.32 and the 500 in 4:54.18. Housman is committed to join the University of Kentucky in the fall of 2023.

Joining Housman is taking home a pair of state titles was Ariel Beltran of American Leadership. A sophomore, Beltran topped the field in both the 200 IM and 100 breast. In the IM, she took home the gold by a huge margin, besting the field by five seconds to touch in 2:10.96. Her breaststroke win was just a closer race, with her besting Izabella Nieto in a time of 1:07.82.

The shortest race of the day went to one of the youngest competitors in the field, with freshman Julia Thomas winning the event. Thomas was the only girl to dip below 25.0, finishing in 24.37. She also was a key part of Chandler Prep’s 200 and 400 free relays, both of which took first place. The 200 free relay finished in 1:42.33, while the 400 free relay touched in 3:42.46.

After finishing in second in the 200 free earlier in the meet, Callie Lucero of Veritas picked up a gold medal of her own with a win in the 100 fly. The junior finished in 56.93.

Joining Thomas in winning an event as a freshman was Valley Christian’s Kyla Norris. In her first individual event of the meet, Norris claimed the state title in the 100 free, finishing in 53.38. The freshman wasn’t content just winning once on the day, as she also grabbed the top spot in the 100 back later in the day, finishing in a time of 59.26.

On the diving board, Addie Grainger of Arizona College Prep topped the field with a score of 376.40.

While the Phoenix Country girls ran away with the meet, it was a hard-fought battle for the boys. The final score came down to the last event, with Phoenix Country’s second-place finish being enough to push them to the state title.

Swimming in their home pool, Phoenix Country opened the meet with a win in the 200 medley relay. Richard Humphreys, Caleb Humphreys, Tyler Sessler, and Oliver Lehmann combined for a time of 1:40.68.

The first individual event on the men’s side, the 200 free, went to Chance Warriner, a senior at American Leadership Academy. Warriner hit a best time in the race, dipping below 1:43 to take the gold in 1:42.79.

Securing a pair of state titles on the day was Luke Reyes, a senior swimming for Valley Christian. In Reyes’ first individual event of the day, the 200 IM, he cruised to a dominant victory. Leading the entire field by nearly five full seconds, Reyes touched in 1:55.68. Later in the meet, he picked up his second win, this time in a tight race with Colorado Stanley of Chandler Prep. Reyes was able to pull out the victory, touching in 53.55 to Standly’s 53.99.

Joining Reyes in winning multiple events, Jake Marbach swept the sprint events. After taking second in the 50 last season, Marbach was slightly faster this season, touching in 21.17 to take the state title. He also defended his title in the 100 free, beating the field by nearly two seconds with his time of 45.73.

Brigham Young commit Max Kleinman snagged the state title in the 100 fly before picking up another win later in the meet in the 100 breastroke. After finishing 23rd last season in his lone individual event, the 100 breast, Kleinman easily picked up the pair of state titles. In the fly he won by nearly six seconds, touching the wall in 47.69. His win in the breast was nearly as dominant, stopping the cl0ck at 55.57 to win the event by over three seconds.

Dominating the 500 free was junior Carlos Lattanzi. Lattanzi cruised to the win by a huge partner, besting the field by almost 15 seconds in a time of 4:36.40.

American Leadership Academy grabbed the top spot in both the 200 and 400 free relays. In the 400, Austin Guerena, Jordan Hall, Jacob McBratney, and Cooper Spencer posted the winning time of 1:30.55. In the 400, Hall was replaced by Jacob Morrow as the team again won gold in a time of 3:18.15.

Chase Sorosky handily won the 1-meter diving event, finishing with a score of 480.75.