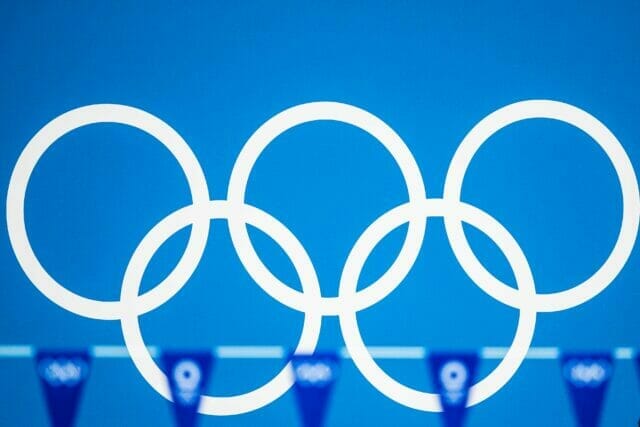 Periodically, SwimSwam is updating you on the biggest news around the Olympic and Paralympic world, outside of aquatic sports. Read on to learn about a former Paralympic star’s parole status, a major change in a longtime Olympic sport, and highlights from the New York City Marathon.

Oscar Pistorius, the multi-time Paralympic medalist convicted of killing his girlfriend in 2013, is up for parole amid his 15-year sentence for murder, The New York Times reported.

Pistorius was originally convicted of manslaughter, later upgraded to murder, and sentenced to 15 years. Pistorius has now served half of his sentence, which automatically makes him eligible for parole under South African law, according to The Times.

Pistorius claimed that he accidentally shot his girlfriend, Reeva Steenkamp, through a locked bathroom door, believing that an intruder was inside.

Originally, he was not deemed eligible for parole until March 2023, but his lawyer reportedly petitioned South Africa’s Supreme Court of Appeal to include the 500 days he spent in prison after his manslaughter conviction in his time served. He was initially sentenced to five years for manslaughter, then six for murder, and then a prosecutor appealed that decision with his sentence eventually getting more than doubled in 2017.

“When Oscar is eventually released on parole, I don’t think he’ll be anywhere like the Oscar that went into prison,” Pistorius’ lawyer,’ Julian Knight, told The Times.

As part of his parole proceedings, Pistorius will have a mediated dialogue with Steenkamp’s parents. The family’s lawyer said they were “shocked and surprised” at the prospect of his parole.

Pistorius, 34, has eight Paralympic gold medals, and in 2012, successfully petitioned to compete against able-bodied athletes at the 2012 Olympics.

Modern pentathlon will not include a horse riding component at the 2028 Olympic Games, Union Internationale de Pentathlon Moderne, the sport’s international governing body, announced in an open letter to athletes last week.

“First, we know that this information will be surprising and even shocking to you. It is not very long since we made a commitment to review and protect the Riding discipline in the wake of the rescheduled Tokyo 2020 Olympic Games. But life within the Olympic movement changes fast,” the open letter read. “While our sport is confirmed for Paris 2024 with our exciting new format in place (including Riding), Los Angeles 2028 is a different matter and we must be flexible and embrace change once again.”

The event will remain a five-discipline sport, but it remains to be seen what will replace riding — cycling was already erroneously reported to be the new addition. Modern pentathlon currently includes fencing, a 200-meter swim, show jumping and the laser-run, a combination of shooting and running.

The move to replace riding comes after a high-profile incident at the Tokyo Olympics in which a German coach used her fist to hit a horse that was not cooperating with its athlete. At the Olympics, organizers provide the horses.

The sport has been included in the Olympics since 1912.

Kenyan athletes won both the men’s and women’s races at the New York City Marathon last weekend for the seventh time in the race’s 50-year history. Around 30,000 people participated in the event, which was canceled last year due to COVID-19.

On the women’s side, Tokyo Olympic gold medalist Peres Jepchirchir crossed the line first and on the men’s side, it was Albert Korir.

American Molly Seidel, the surprise bronze medalist in Tokyo, was fourth in her fourth career marathon. Forty-year-old American Shalane Flanagan, the 2017 NYC winner, also made headlines for completing six major marathons in seven weeks, all in under three hours.