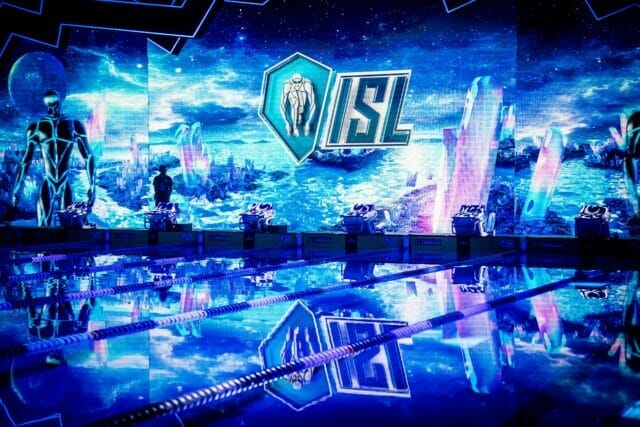 Update: the Netherlands Prime Minister has officially announced the new rules, which includes allowing amateur and professional sports to continue, but behind closed doors. This means that no more spectators will be allowed at ISL meets, at least during the Playoff. The ISL has not announced a plan to refund ticket holders.

The Netherlands is expected to announce a three week partial lockdown on Friday evening that will include eliminating spectators at sporting events. The news comes amid record case numbers in the Netherlands.

That becomes important, because the International Swimming League is currently holding its Playoff rounds, leading into the season finale, in Eindhoven, The Netherlands.

Tickets were originally sold for the event for 5 Euros to 25 Euros ($6 to $29). The capacity for the venue was set at 1,500 (out of a possible 3000 seats). It has always been a challenge to get accurate attendance numbers from the league, though day 1 television angles didn’t look or sound like there were 1,500 in attendance.

In Italy, other than for matches involving the home team Aqua Centurions (with their local superstar Federica Pellegrini), SwimSwam’s Giusy Cisale said that spectators appeared to be primarily friends and family.

While the ticket sales from 1,500 spectators weren’t going to make-or-break the financials on a league that Konstantin Grigorishin says is costing him about $25 million to operate this season, they can contribute to the overall feel of excitement in the meet – which was a little flat on the first day of Playoff #1.

Other measures expected to go into effect on Saturday include closing bars and restaurants early at 8:00 PM local time, while non-essential shops, casinos, hairdressers, sex workers, and saunas will have to close at 6:00 PM local time. The spectator ban would most significantly impact Netherlands’ soccer World Cup qualifier against Norway on November 16. Officials are reportedly still weighing options for cinemas and theatres, as well as limiting the COVID “green pass” to only those who have been vaccinated or recovered from COVID, and no longer allowing for negative tests.

The new measures are expected to take effect on Saturday evening.

The measures will be the strictest in Western Europe since the summer according to local broadcasters and come amid a resurgence in cases in the region.

The Netherlands lifted most of its social distancing guidelines in late September, and shortly thereafter cases began to rise. While deaths have begun to rise, they have not yet reached record levels that were seen last winter.

Deaths are often a lagging indicator behind cases, though a relatively-high vaccination rate (75.6% of the country have received at least one dose of vaccine) could help reduce deaths and hospitalizations amid the surge in cases.