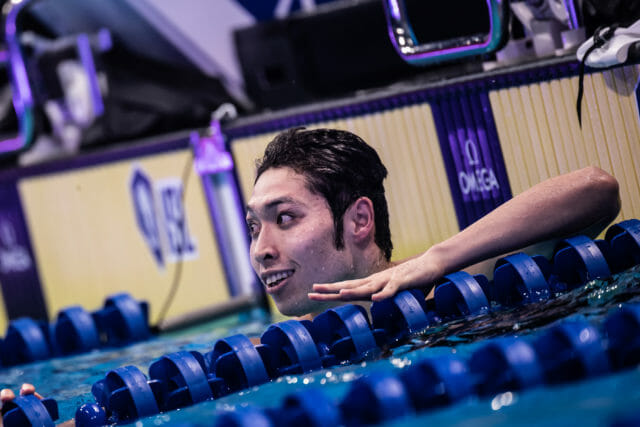 We reported this past August that Olympic medalist Kosuke Hagino was set to retire later this year and the man has now made it official.

The 27-year-old made his announcement on social media, revealing that, “I, Kosuke Hagino, decided to retire from active duty with the conclusion of the Tokyo Olympics.

“I would like to thank my family, friends, coaches, and my affiliation Bridgestone and sponsor Nike for their continued support for my swimming life from 6 months to 27 years, good and bad. Swimming is not the only thing to get better at. I would like to continue to take on challenges by making use of what sports have taught me in my future life.”

Hagino has been on the elite international swimming scene since 2011 when he wreaked havoc on the World Junior Championships, grabbing 5 medals in Lima, Peru, including 200m IM gold. He followed that up with 400m IM bronze at the 2012 Olympic Games in London.

Physical and mental burnout culminated with Hagino’s decision to forego the Japanese national team training camp in Spain in the spring of 2019, an important tollgate heading into that year’s Japan Swim and Japan Open. Hagino ultimately opted out of both those competitions, forfeiting any chance of qualifying for the 2019 FINA World Aquatic Championships.

On a personal level, Hagino got married and welcomed his first child into the world in late 2019, which contributed to his entering 2020 with renewed vigor.

Despite opting out of defending his 400m IM title and not medaling in the 200m IM in Tokyo at this year’s Olympic Games, Hagino cried happy tears that his career had been so successful and he again regained his love of swimming.

He and teammate Daiya Seto were the Japanese equivalent of Michael Phelps and Ryan Lochte in terms of IM prowess, dominance and competitiveness domestically for a number of years.

“Chasing him all this time made me who I am today,” Hagino has said of Seto. “For me, he was a huge presence.”

“It’s sad, but I’ll keep trying as I still have a lot of challenges ahead of me and win a gold medal (at the Olympics) as he did. Thank you for the best memories.”