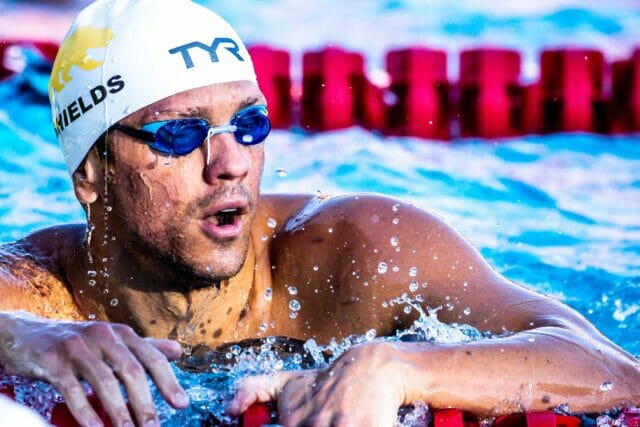 The 2021 FINA World Cup stop in Doha concluded yesterday which means we have just one more city to go, with Kazan, Russia on the agenda for October 28th – 30th.

As opposed to years past where we’d see at least over half a dozen stops, this time around we have just 4 meets carved into the lull of the International Swimming League (ISL) season 3. The playoffs for that league begin next month.

Here are our top 3 takeaways from this weekend’s action in Doha.

We saw some new talent enter the arena this time around, with the likes of Japan’s Daiya Seto and South Korea’s Hwang Sunwoo making their presence known.

27-year-old Seto, who just officially declared himself a professional athlete this week, took on his bread-and-butter IM and fly events, but he also nailed a notable win in the 200m breaststroke here in Doha.

Competing against the reigning Short Course European champion and two-time Olympic breaststroke silver medalist Arno Kamminga of the Netherlands, Seto held his own, getting to the wall first in the 200m breast in a time of 2:01.65.

As for 18-year-old Hwang of South Korea, he came out on top of the highly anticipated men’s 200m freestyle final.

Against the field which included fellow 18-year-old and current World Junior Record holder Matt Sates of South Africa, Hwang posted a winning 2free effort of 1:41.17 to Sates’ 1:41.33. In doing so, Hwang nearly overtook the storied national record of 1:41.03 Park Tae Hwan put on the books en route to gold at the 2018 FINA Short Course World Championships.

Although Sates’ WJR sits at a swift sub-1:41 mark of 1:40.65 from Berlin, Hwang has rarely swum short course meters, with this competition serving as an establishment of baselines for the rising star who already made two Olympic freestyle finals in Tokyo this summer.

After logging results of 22.09 in Berlin and 21.99 in Budapest, with the latter checking in as a new American Record, Shields sealed his trifecta of victories with a result of 22.22 yesterday. That edged out a charging Aussie in Kyle Chalmers who touched only .02 behind in 22.24 for a new national record while Hungarian Szebasztian Szabo also was right there in 22.26.

After past mental health battles, Shields’ perseverance is reflected in his performances, with the former Cal Bear seemingly truly enjoying every race he swims during this time of his life.