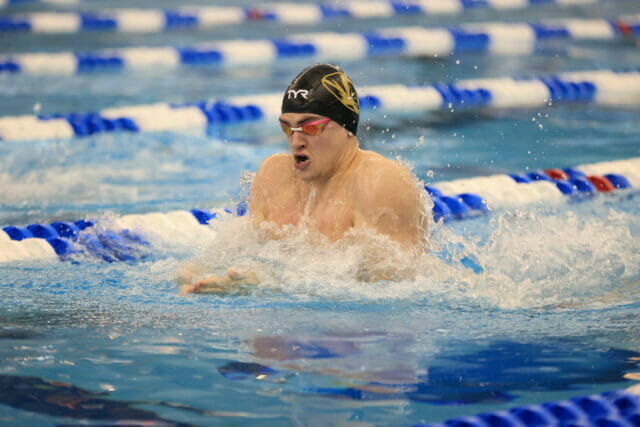 The home team had a phenomenal preliminary session on Thursday at the 2021 Mizzou Invite, as the Tigers grabbed seven of the 10 available top seeds while a pair of their men’s swimmers put up nation-leading times.

The other NCAA-leading performance of the morning came from Mizzou junior Ben Patton, who popped off a blistering 51.50 in the men’s 100 breaststroke.

Patton chops three-tenths off his previous best time of 51.80, set at the 2020 Mizzou Invite, while taking over the top time in the country with a bullet, surpassing Michigan’s Will Chan (52.14). USC’s Trent Pellini hit a time of 51.63 at the Art Adamson prelims this morning, just off of Patton’s performance.

On last night’s 400 medley relay, Patton was slightly slower despite having a flying takeover (51.63).

Mizzou will have five of the eight ‘A’ finalists in tonight’s men’s 100 breast, including the top four seeds. Ty Spillane qualified second behind Patton in 52.38.