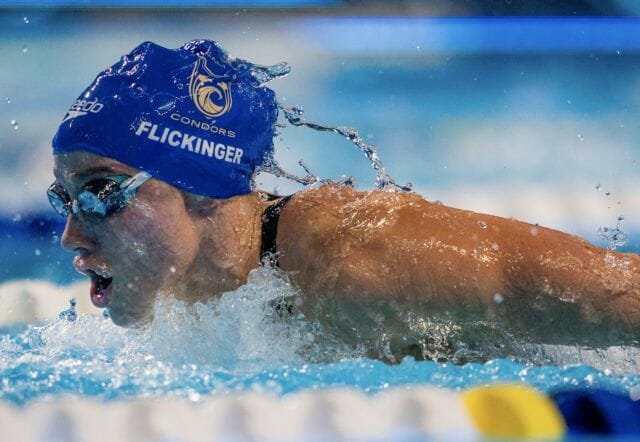 The International Swimming League (ISL) “Play-off phase” is set to get underway on Thursday in Eindhoven, and some of the league’s best clubs are receiving reinforcements in the pursuit of championship glory.

Among the eight clubs that have qualified to compete in the six-match playoffs, seven have revealed their rosters to SwimSwam, though it needs to be acknowledged that the lineups for each specific match are expected to vary, especially early on.

The Aqua Centurions are the only club that has not released their playoff roster.

Below, we’ll take a brief overview of the changes the seven other clubs have made to their rosters compared to the regular season.

The defending champions have received a massive boost with the addition of the ever-versatile Hali Flickinger, who was the 13th-highest scorer during the 2020 season. The club also adds 200 fly specialist Eddie Wang on the men’s side, who scored 49 points across four matches last season.

Some of the swimmers that missed time during the regular season—including Caeleb Dressel, Olivia Smoliga and Natalie Hinds—are on the playoff roster as well.

The biggest addition for 2019 champion Energy Standard comes in the form of Great Britain’s James Guy, who takes over for Italian Marco De Tullio. Guy competed for the London Roar last season and is a versatile option across free, fly and relay events.

Emily Seebohm and Boglarka Kapas, also absent during the regular season, remain out for the playoffs.

A top contender through the first two seasons of the ISL, London will need a breakthrough to reach the top of the mountain this season, especially with the continued absence of Australian sprinter Cate Campbell.

Campbell remains out for the Roar, but they could potentially get back men’s breaststroking star Adam Peaty, who was recently eliminated from the British dance show Strictly Come Dancing. Peaty is on the roster, but if or when he shows up in Eindhoven remains to be seen.

Men’s breaststroke was a weak spot for the Roar this season, so the addition of Prigoda and potentially Peaty could be huge for them.

Like the three teams listed above them in this article, the LA Current have qualified for the ISL Final in each of the past two years. A third straight appearance looked to be far from a sure thing given the strength showed by the Toronto Titans in 2021, but the Current will receive a massive boost for the playoffs that could very well push them over the Canadian-based club.

Ryan Murphy, the third-highest scorer in the 2020 ISL season, will join the Current for the playoffs after missing the entire regular season. Murphy averaged more than 58 points per match in 2020 and could be a game-changer if he’s able to race the backstroke skins during the playoffs (he won the event four times last season).

Also coming into the fold for the playoffs is Greek sprinter Kristian Gkolomeev, who scored 71 points in four matches last year and gives the club flexibility in the men’s sprint free and relay events.

Katie McLaughlin, Matt Wilson and Will Licon remain absent for the club after missing the regular season, while Aussie Bronte Campbell is also confirmed to be out.

The Titans were recently dealt a blow when freestyler Blake Pieroni announced that he injured his knee and would miss the playoffs.

Toronto will also be without Canadian native Finlay Knox, who was a huge asset to the club during the regular season, especially in the men’s medley events. Sergey Fesikov comes in his place.

The Iron roster for the playoffs remains largely unchanged compared to the regular season, though they will gain Serbian sprinter Andrej Barna.

The club will also be without Turkish breaststroker Emre Sakci, who was a star in 2020 but only raced twice in the Season 3 regular season and combined for 24.5 points.

Katinka Hosszu, who didn’t race in the regular season despite being on the roster and attending meets, remains in the lineup but it’s not confirmed that she will race.

Coming off an emotional victory in the Play-In Match to qualify for the playoffs, the DC Trident lose a pair of prominent figures on the men’s side for the postseason in the form of Jacob Pebley and Zach Apple.

Pebley was the second-highest scoring swimmer on the men’s side for DC during the season with 101.5 points, while Apple largely underwhelmed in 2021 (9.2 points/match) compared to his standout showing in Season 2 (29.75 points/match).

The club will also be without Australian Tristan Hollard for the postseason, while Mohamed Samy, Drew Loy and Rachel Nicol will all be available.