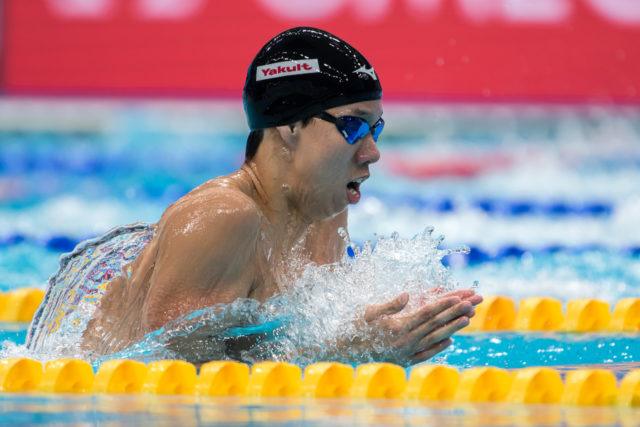 The competition carries a few items of significance along with it, as we’ll see the first elite domestic qualifier without racing mainstay Kosuke Hagino. A 2016 Olympic champion, Hagino made the 2020 Olympic team and finaled in the men’s 200m IM before retiring later this summer.

Joining him in the 200m breast will be Ippei Watanabe in his first major competition since missing out on the Olympic team at the Japanese Trials this past April. A former world record holder in the long course edition of this 2breast, Watanabe placed 3rd and found himself as the odd man out of his pet event.

On the women’s side, leukemia survivor Rikako Ikee is entered in her biggest event program since returning to competition in August of 2020. The two-time Olympian, now 21 years of age, is expected to swim the 50m free, 100m free, 50m fly, 100m fly and 100m IM.

The nation of Japan placed 8th in the overall medal table 3 years ago at the 2018 edition fo the FINA Short Course World Championships in Hangzhou, China. A total of 7 medals were brought home, including 2 golds in the form of Seto’s 200m butterfly victory in a world-record-setting mark of 1:48.24, as well as his 400m IM first place.

The highest placed women’s finisher there in China was represented by Imai who snagged silver in the 100m IM behind winner Katinka Hosszu of Hungary.