How To Watch The Chick-Fil-A Invitational 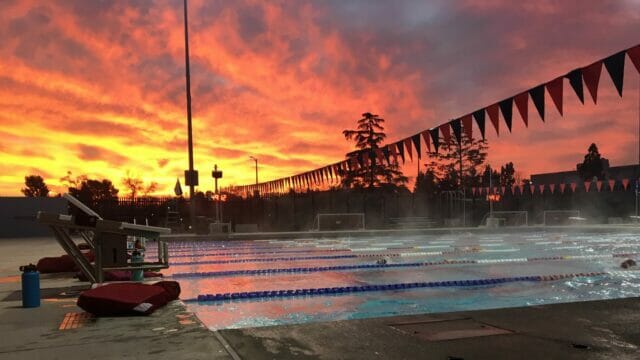 Schedule of Events
Friday: Session I

By The Numbers
2 – Junior Athena Clayson is a two-time MW champion in the 100 & 200 Back
7 – Seven All-Mountain West selections return in 2021-22 (Clayson, Khisiamova, Eydis Osk Kolbeinsdottir, Mackenzie Hutler, Samarah Melia, Silvia Alessio, Yuliya Tykha)
31 – The Bulldogs have 31 swimmers and divers on this season’s roster

Glance at each team at the 2021 Chick-Fil-A Invitational

San Diego State
The Aztecs, who open the season at Pepperdine on Thursday, finished third last season at the MW Championships and tied for 32nd at the NCAA Championships.

San Jose State
The Spartans are off to a 0-2 start to the season in dual action falling at home to Nevada and at Stanford.
SJSU finished eighth last season at the MW Championships.

Cal
The Bears, who opened the season two weeks ago at Cal Poly, won the Pac-12 Championship in 2021 and placed fourth in the country.

UCLA
The Bruins, who open the season this weekend, placed third at the Pac-12 Championships a season ago and 18th at the NCAA Championships.

Washington State
The Cougars opened up the season at Idaho on Oct. 2 with a 166-128 dual meet win.
WSU finished seventh at the 2021 Pac-12 Championships.

“Fresno State Athletics: The Pride of the Valley” – The Bulldog Foundation creates championship experiences for Fresno State student-athletes as they strive for excellence in the classroom, in competition, and in life. To become a BDF member, please visit bulldogfoundation.org.