How Much Did Adam Peaty Make for Strictly Come Dancing Appearance? 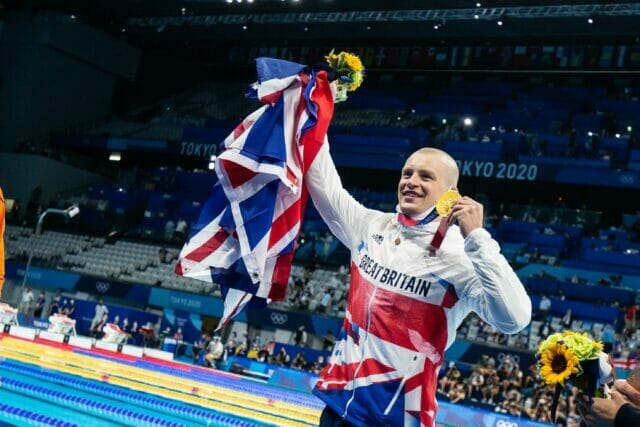 British swimmer Adam Peaty was the most recent celebrity eliminated from the British competition dance show Strictly Come Dancing, where celebrities are paired with professional dancers on a quest for cash and fame.

There are plenty of fringe benefits for appearing on the show that reaches more than 8 million people per episode (and as many as 13.2 million for the season 2020 finale), and is one of the UK’s most viewed shows. For Peaty, for example, his appearance served as a launching point for his book that was released this week, after his elimination, and his Instagram following grew by about 50,000 during the competition.

But there is a direct benefit as well in terms of prize money.

British publication Metro reports that celebrity payments start at £25,000 to start the show. Celebrities who make it to the end of October see their prize money increase to £40,000, those who advance to the quarterfinals receive £60,000, and those who qualify for the final earn at least £75,000.

Peaty was the 7th out of 15 athletes eliminated, meaning he came up just short of a semifinal berth. That still means he gets £40,000, or about $53,500, in direct payments for his efforts.

On top of that, those who join the Strictly Come Dancing live tour receive more money (though with Peaty’s athletic commitments, that would be a tough assignment).

By comparison, Peaty earned about $98,000 in the 2020 ISL season, but about $33,000 of that came during the regular season. He picked up huge money for winning the ‘skins’ race in the finale, plus a season-long MVP bonus.

Peaty missed the 2021 regular season to compete on Strictly. The London Roar have been non-committal about his availability for the Playoff rounds, though he is on the team’s roster and available.

Peaty definitely worked for his money on Strictly – social media posts showed long rehearsal days, even giving him a minor ankle injury – but the loss of ISL money wasn’t in a vacuum.