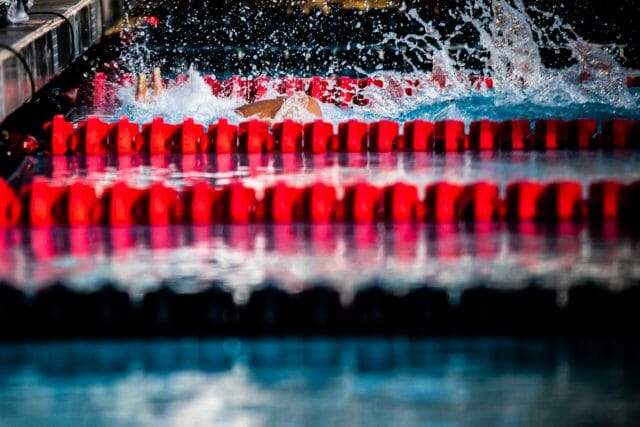 British swim coach Bud McAllister, who has coached a number of Olympic and World Championship medalists, is battling the aftermath of debilitating nerve pain that has remained after undergoing surgery for a craniocervical tumor on his spine in 2018.

The American-born McAllister was the head of the Western Australia Institute of Sport until 2020, when he left that post to return to North America.

In his time coaching around the world, McAllister has coached a number of well-known swimmers, especially female swimmers. That includes most prominently Janet Evans, who won 4 Olympic gold medals and 1 Olympic silver medal at the 1988 and 1992 Olympic Games.

McAllister was inducted into the American Swimming Coaches’ Association Hall of Fame in 2007. He was also twice named the ASCA Coach of the year, in 1987 and 1988. In 2002, he was recognized as the Canadian Coach of the Year.

He is famous for his ‘predictor sets,’ which represent McAllister’s philosophy of repeating the same sets with athletes not only as a means to gauge a potential live race time but also as a means to instill confidence in his swimmers.

He is now facing “debilitating pain” as a result of a successful surgery to remove a tumor prior to the 2018 Commonwealth Games. According to a GoFundMe account that has been started for him:

Although the resection of his tumor was deemed successful, Bud suffers from debilitating nerve pain throughout his entire body that’s brought an avid athlete to a prone position for the majority of his days. This position allows Bud to find the most relief from his unbearable pain and is sleeping/laying down 16-20 hours/day. He has sought treatment for his condition in two different countries and yet has found a satisfactory solution, prognosis and plan of action to his continuous and constant pain.

The goal is to help offset costs of McAllister seeking treatment at Johns Hopkins’ residential facility for pain management in Baltimore. The GoFundMe says that the money will aid in travel, accommodation, and medical treatment for him and his wife Terri.

As of posting, the page had raised $9,425 of a $55,000 goal. Among the donations that the account has received include a $500 donation from 12-time Olympic medalist Dara Torres. The account is being managed by Northern Arizona head coach Larry Liebowitz, and Mission Viejo operations director Sarah Dawson.