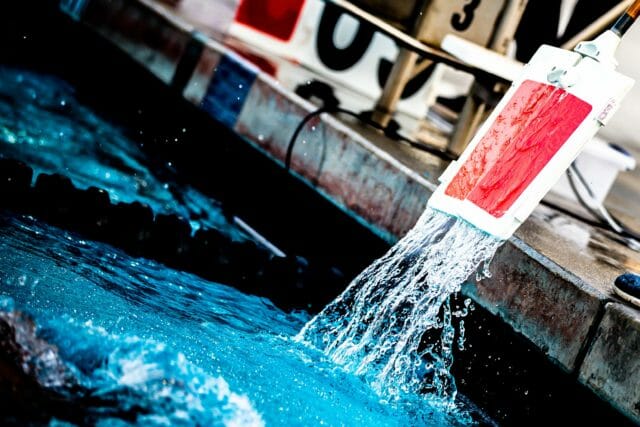 The Gulliver Preparatory School girls and Bishop Kenny High School boys came out on top at the 2021 FHSAA Class 2A State Championships on Friday, both finishing well ahead of the competition in the final team standings.

The victory for Gulliver Prep marked a return to the top after winning five straight from 2014 to 2018. Second last year to Pine Crest, the team put up 247 points to finish 52 clear of runner-up Jensen Beach, with their lone event win coming in the 200 medley relay.

The top individual performer of the meet was easily Jensen Beach senior Blair Stoneburg, who swept the girls’ 200 and 500 freestyle and played a key role in the school’s wins in the 200 and 400 free relays.

Stoneburg started things off with a win in the 200 free, clocking 1:46.96 to claim the event for a third straight time. Last season, Stoneburg hit a lifetime best of 1:44.63 at the meet, just three-tenths fof the State Record held by Morgan Tankersley (1:44.31).

Stoneburg then teamed up with sister Brynn Stoneburg, a sophomore, Madeline Kohs and Melody McAfee to win both free relays, anchoring the 200 and 400 with blistering splits of 22.55 and 48.85, respectively.

After placing sixth in 2020, the Bishop Kenny boys won their second 2A State title in school history by 30.5 points over Arnold despite claiming no event victories.

The team finished in the top three of all three relays, and their top scorer was junior Evan Larson, who finished third in both the 200 IM and 100 back.