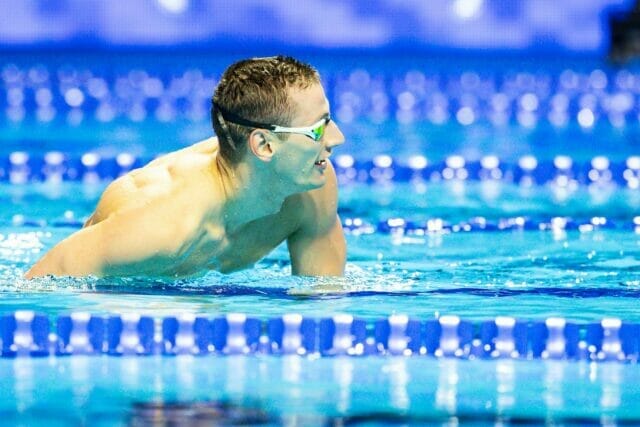 The British Universities and Colleges Sport (BUCS) Short Course Championships are fast-approaching, scheduled for November 19th-21st at Ponds Forge in Sheffield. The event marks the BUCS’ first competition of the 2021-22 swim season and has historically been one of the largest events in terms of the number of entrants.

Since at least 2015 the same three schools have placed in the same positions in the overall meet points tally, with Loughborough capturing the trophy each year followed by Stirling and Edinburgh.

And it doesn’t look like Loughborough will be backing down anytime soon, with the squad now fueled by new team members Felix Auboeck, Andreas Vazaios and Louise Hansson.

For this BUCS competition, the trio of newcomers will make their presence known over the 3-day affair, with each taking on a packed schedule.

For Hansson and Vazaios in particular, their presence here in Sheffield also carries some implications for the International Swimming League (ISL) season 3 playoffs.

Loughborough confirmed to SwimSwam that Vazaios will miss playoff match #2 while Hansson will only be racing on day 1 of her 2nd playoff match before heading to BUCS. She plans on then returning to Eindhoven, however.

Another recognizable name among the BUCS entrants is U.S. Olympian Andrew Wilson. 28-year-old Wilson became the first-ever NCAA Division III swimmer to qualify for an Olympic Games,  ultimately medaling as a member of the men’s medley relay in Tokyo this summer.