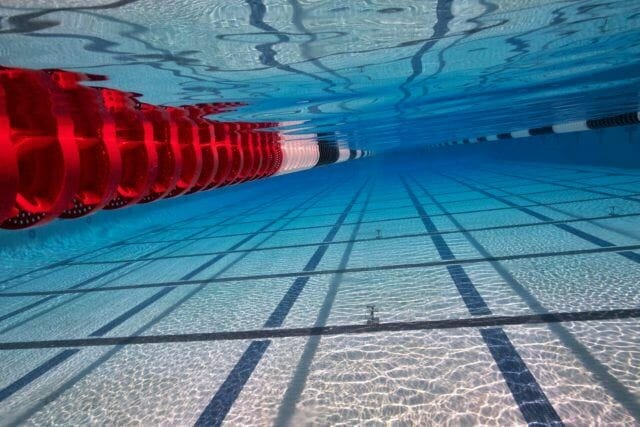 Former Australian swim coach John Wright is facing numerous sexual and physical abuse allegations and Swimming Australia has come under fire for its handling of the situation following an investigation by the Australian Broadcasting Company (ABC).

In a detailed report published on ABC’s website on Oct. 4 from Lorna Knowles and Nikki Tugwell, and later aired as a two-part documentary series on ABC’s ‘7.30’ program, it’s revealed that Wright is accused of abusing swimmers Shane Lewis, Colin Marshall, Tony Blundell and Paul Shearer in the 1980s.

Shearer first went public with accusations against Wright in 2009, claiming to have been the victim of at least 20 incidents of abuse by a coach in the late 1980s, with incidents occurring at the coach’s rented house on the Gold Coast and in his car.

“I’d be thinking to myself, no, this isn’t happening,” Shearer told ABC in the December 2009 interview. “So, I’d call in to say hello. And then next thing, it was happening again.”

The ABC can now confirm that Wright is the coach Shearer was referencing.

Shearer contacted Swimming Australia shortly after his interview in 2009, but no investigation was undertaken. The organization says it was unable to take action because Shearer never filed a formal complaint.

“I’ve seen a file note — I wasn’t privy to the conversation.

“That was when it was, ‘Can you please make a formal complaint? We need to be able to take this action further with the police’ … during that call he agreed, but a complaint was never forthcoming.

“Our lawyer did then follow up another two times to see if he would please make that complaint but it was never forthcoming.”

Lewis was reportedly between the ages of 11 and 13 during the alleged abuse, while Marshall was 12 and Blundell was 13.

Lewis died in February of this year following a fatal prescription drug overdose at the age of 47. While the cause of death has not been determined, his family believes it was suicide.

Lewis, a 1992 Olympian, first disclosed the alleged abuse to his mother in 2010 while in hospital recovering from a suicide attempt.

He opted to go public in 2016, contacting child protection advocate Hetty Johnston, and a friend of Lewis’ contacted Swimming Australia in February 2016.

A reply requested further detail, including a short questionnaire regarding the alleged abuse, but Lewis wrote back expressing his dissatisfaction with the response, saying he didn’t believe filling out a few boxes would yield significant interest or kick start anything.

In his letter, he stated: “I’d like to acknowledge too that it’s not just swimming, not just sport in general. Abuse doesn’t discriminate between demographics. There are too many people out there who have and are still suffering.”

He received a letter from Swimming Australia’s then-Chief Executive, Mark Anderson, to say he would welcome the opportunity to hear more from him about “past and present circumstances.”

Johnston said that: “Swimming Australia wrote a lovely letter. But the word sorry didn’t appear in it anywhere.

“And what a survivor always looks for is that everyone wants to know, deep in your soul, that what happened is not your fault. And he was, you know, he was discouraged by it, most definitely discouraged by it.

“He felt let down by Swimming Australia.”

Johnston said Lewis gave up on pursuing the complaint after that.

As for Swimming Australia’s response, Buckley says then-CEO Anderson responded appropriately at the time in 2016, having asked Lewis for more information, speaking to Johnston, the Police and referring the allegations to the Royal Commission into Institutional Responses into Child Sexual Abuse.

Buckley told the ABC “one, there wasn’t enough detail upon which to investigate, and two it was a resourcing issue. Swimming Australia didn’t have the resources.”

Buckley said that if the complaint was received now, it would be immediately referred to police and the independent government oversight body, Sports Integrity Australia.

The ABC says that Police have told them there is no active investigation into Wright, but any alleged victims are encouraged to come forward.

The ABC also tracked down Wright’s last known address, located in Newcastle, Australia, but he wasn’t there to answer questions. The owner of the house told ABC that he had lived with him but left suddenly in April to visit friends in Queensland.