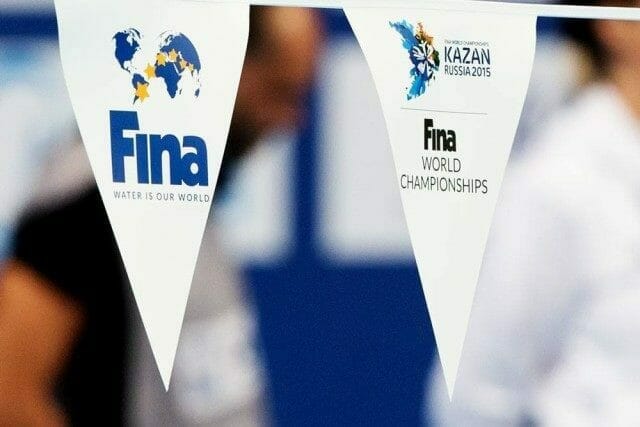 FINA, the international governing body of aquatic sports, has received a list of recommendations intended to improve the integrity and efficiency of the organization. The group that drafted the recommendations is headed by Dr. Francois Carrard, a former Director General of the International Olympic Committee (IOC).

Reforms were one of the key tenants of the candidacy of new FINA president Husain Al-Musallam when he was elected earlier this year.

“I committed to reform as a central theme of my election,” Al-Musallam said. “And I am very happy in the way we have been able to bring together an expert team to help shape this reform. It’s critical for any organisation to have the right foundations. Thanks to work of the Reform Committee, the changes we are submitting to the National Federations are very positive and ensure that our future success will be built to last.”

The list of recommendations comes in a document titled the 2021 FINA Reform Committee Report. The report lists seven aspects of corporate governance FINA could change in order to elevate aquatic sport around the world as well as improve athletes’ confidence in the organization. These aspects, branded as “pillars” by authors of the report, include:

The bulk of the report focuses on the first three items on the list: governance, marketing, and events, and will be the focus of our review here as these aspects will, if ratified, have the largest and most immediate impact on FINA and aquatic sports worldwide.

The Reform Committee anticipates that the FINA General Congress will approve its recommendations at the “Extraordinary Congress” meeting on December 18th, 2021, during the 2021 FINA Short Course World Championships, and that the committee will see all of its recommendations put into action by June 1st of 2022. Central to the recommendations is the creation of an Aquatics Integrity Unit which would oversee anti-doping measures and punishments, event manipulations and other corruptible offenses, ethical violations, and constitutional reform. The entire timeline is listed as:

The substance of the report addresses concerns chiefly drawn from athletes’ faith in the organization’s ability to make aquatic sports both fair, meaning, clean of doping, as well as profitable enough for athletes to truly be professional. Concerning competitions, the Reform Committee suggests that FINA focus on quality over quantity while also reducing the operational costs of the events. Ensuring that the public is aware of competitions and is able to watch them is another primary concern addressed by the Reform Committee. Recommendations regarding FINA’s relationship with global media outlets and the mental health of its athletes are also included in the report.

“Put simply, independence is the hallmark of any integrity system and the current systems employed by FINA lack this necessary independence and transparency.”

“Ensuring that these violations are investigated and adjudicated by specific units independent of the International Federations is key for the Olympic Movement to meet this priority.”

After having examined the current structure in place at FINA, the Reform Committee recommends the creation of an independent Integrity Unit by FINA (i.e. the “Aquatics Integrity Unit”) to oversee three separate areas: (1) Anti-Doping; (2) Event Manipulation and Corruptible Offenses; and (3) Ethical Violations.

“…FINA essentially is acting as the prosecutor and the judge in maintaining complete control over the results management responsibility, deciding who to charge with an ADRV, and then determining to bring the case to its own internal panel. This process arguably lacks the operational independence required under WADA’s International Standard for Results Management.”

“The Reform Committee considers the independent decision-making authority of the FINA Executive as to whether to refer a matter to the Ethics Panel potentially problematic. Moreover, equally potentially problematic is the investigative responsibility of the Ethics Panel, who is in essence acting as the investigator, prosecutor and jury, in each matter.”

“…the Reform Committee suggests removing C 24 from the FINA Constitution and replacing it with a new Code of Ethics.”

“The Aquatics Integrity Unit would be governed by an independent board composed of:

“The Board would have a critical governance role rather than a management function, similar in style to that of a corporate board.”

“The members of the Investigation Chamber, as well as the Chief Ethics and Compliance Officer, shall be independent from FINA and all National Federations and Continental Organizations, and be elected by the FINA Congress in Fukuoka (2022) on the recommendation of the FINA Bureau.
The Doping Control Review Board, which currently provides independent anti-doping expertise to FINA and the TUE Committee, which currently decides on the Therapeutic Use Exemption requests from athletes, would both retain the same roles but would become committees of the Aquatics Integrity Unit in order to maintain independence from FINA.”

Modification of Code of Ethics

“…this new Code of Ethics disbands the prior Ethics Panel in favour of an Adjudicatory Chamber established under the Aquatics Integrity Unit.”

“The members of the Investigation Chamber… [will] be elected by the General Congress, upon recommendation from the FINA Bureau.”

“…members of the Adjudicatory Chamber shall be independent from FINA and all National Federations and Continental Organizations, and be elected by the General Congress, upon recommendation from the FINA Bureau.”

“A requirement to have all candidates for positions within FINA to sign a transparent Eligibility Questionnaire.”

“The Reform Committee considers it necessary to conduct a general review and overhauling of the FINA Constitution,” and “[w]hile not legally improper, the multi-layers of these governing documents over time creates confusion and provides for contradictory governing language between documents.”

“In the interim, the Reform Committee recommends narrowly focused amendments to the Constitution which reflect a greater need for balanced power and control between FINA and its Members.”

“…the mandate for the Governance Sub-Committee should be extended to consider, for example, specific amendments to the FINA Constitution such as an alignment of the Presidential term limits with those of the IOC and moreover, an extension of the Bureau to reflect the need for greater inclusion of women.”

“…there appears to be little to no brand activation between FINA and its partners, and the relationship appears more like a transaction than a partnership,” and “the current FINA partners are regionally focused and therefore, the global aspect of FINA is not well represented.”

“…it is in FINA’s best interests not to commit to new / renewed sponsorship and broadcast rights agreements with a longer term in order to have the maximum amount of inventory and opportunity available when the new strategy is implemented.”

“Above all, FINA needs to assess its preferred option for future exploitation of its commercial broadcast, media and sponsorship inventory, and to identify the right partner(s) to cooperate with.”

“The Reform Committee suggests that the FINA Office establish enhanced channels of communication and project management with all Event Organisers regardless of the size of their event.”

Review of the Calendar and Location of FINA Events

“With over 70 events per year, the calendar has become too dense. FINA should immediately consider a Working Group to examine both the necessity and feasibility of these events to ensure the maximum benefit and participation. It is suggested that this Working Group communicate with the National Federations to determine the optimum timing of FINA events as well.”

“Additionally, more than 70% of FINA Events have been organised in two continents – Asia and Europe – and a few cities have organised a large percentage of all major events over the past 10 years.”

“Athletes are the “raison d’être” of the sport system. Therefore, in order to maintain the integrity and value of our sport, it is critical that the sport experience be positive for athletes. FINA’s events prioritize a necessary platform for athletes to perform at their highest level and to receive the credit and exposure required to sustain our sporting system. This will allow our sport to professionalise and will empower our athletes, magnify the opportunities of our organisation. Athletes, therefore, should be part of this Working Group.”

“There is a concern that event costs are increasing at a rate that does not match the quality out-put of these events. The Reform Committee considers that FINA must actively consider the costs of its events with a “quality over quantity” analysis.”

“At the outset, the Reform Committee considers that FINA should do a better job of telling the stories of its Athletes. As set out below, a new digital strategy should also be implemented that could bring FINA’s communication approach within modern times.”

“…the Reform Committee is mindful to note that FINA’s historical “no communication communication” approach with its members, partners, Athletes and the media must immediately cease. And when it communicated, its outward communication on important matters such as eligibility during the period of the Olympic Games was littered with misleading and incorrect information. A functioning communication strategy must be implored with a strong focus on reactivity, and a clear and concise written communication approach.”

“Compared to other sports, FINA offers a poor digital user experience to watch and interact during its events. This issue is mainly related to the technological solutions, which should be implemented to enrich the user experience during live events. The TV production is also affected by this lack of innovation.”

“Every Aquatic athlete, irrespective of age and status, deserves to train and compete in an environment free from unwarranted physical and psychological stresses such as harassment and abuse. Protections against many of these stresses and abuses are set out in the FINA Rules on the Protection from Harassment and Abuse. There are, however, mental stresses that are self-inflicted or not caused by a third person, but rather inherent to the nature of competitive sport and the enormous pressures that follow.”

“The Reform Committee suggests that FINA consider the implementation of a mental health and support program to address mental health aspects across its aquatic disciplines.”