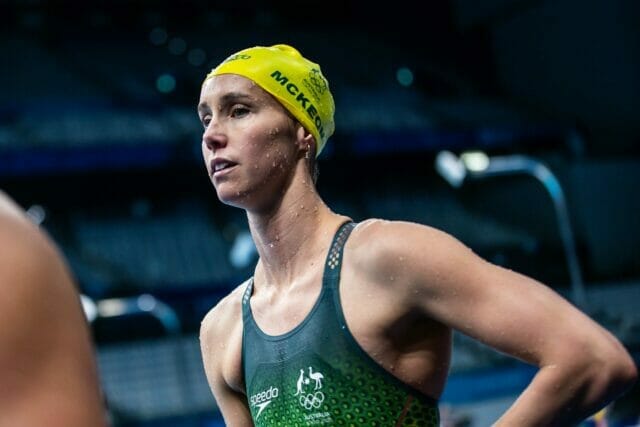 Emma McKeon has been among the most consistent winners throughout the 4-stop 2021 FINA World Cup Series and closed out the circuit with one final win the women’s 100 freestyle as she stopped the clock in a 50.67. Not only was that swim more than a second faster than Michelle Coleman‘s silver medal time of 51.94, but it was also the 4th quickest short course 100 freestyle in history.

Sarah Sjostrom swim her 50.58 and 50.77 swims back in 2017 and each one was a world record at the time but Cate Campbell came along later that year to bring the mark down to a 50.25, which has remained untouched for nearly 4 year.

Cate Campbell also holds the 7th fastest time with a 50.86, while Siobhan Haughey rounds out the top 8 with her 50.94 Asian record from the 2020 ISL season final.

McKeon will likely have another few opportunities to get under 51 seconds during the upcoming ISL playoffs where she is expected to race for the London Roar. Her best performance during the regular season for the Roar was a 51.05 at Match 8.