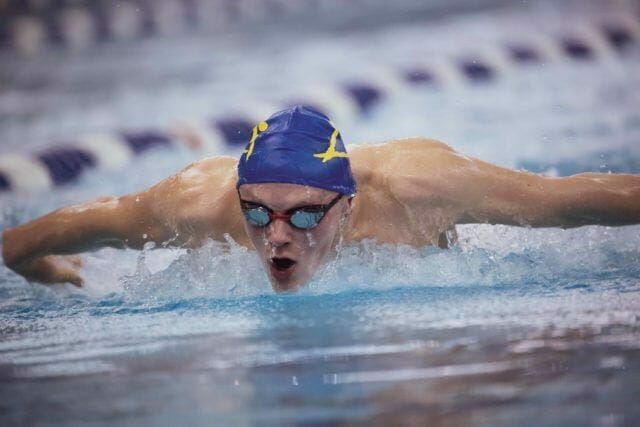 Toronto Titans swimmer Cole Pratt was absent from his assigned lane during the men’s 200 backstroke race on Saturday in Playoff #2 of the ISL.

That absence resulted in a -4 points and an automatic Jackpot for event winner Ryan Murphy of the LA Current (who wound up Jackpotting most of the field, scoring 24 points in the event).

In a meet that has been separated by single-digit points for most of the day, those points could be costly. The teams that come out on top in this Match in a battle between London, LA Current, and Toronto, will have a big advantage toward coming out of the Playoff round in the top 4, based on the round-robin Playoff format.

A spokesperson for the team says that Pratt has been dealing with a sore shoulder for a few days, and that while the team thought it might improve, they decided before the meet to rest him so that he would be ready for Match #2 and Match #3.

Teams are able to update their lineups throughout the meet, but Toronto chose not to.

Pratt swam the 200 back at each of the team’s regular season meets. Max Litchfield swam the race at three of those meets, and swam again on Saturday, but had his points Jackpotted. The only other swimmer to enter that race for Toronto this season is Jay Lelliott, who posted on Saturday on his Instagram that he is out of the Playoffs with a shoulder injury. That left the Titans without any great options to fill the lane.

Assistant general manager Dylan Kent says that Pratt is a ‘day-to-day’ decision, so we could see him Sunday. He also explained the decision to not fill the lane, as they didn’t want to “sacrifice anyone’s performance from their primary events.

“We looked at having Razzetti do it, but decided on having him focus his energy for the 200 IM.”