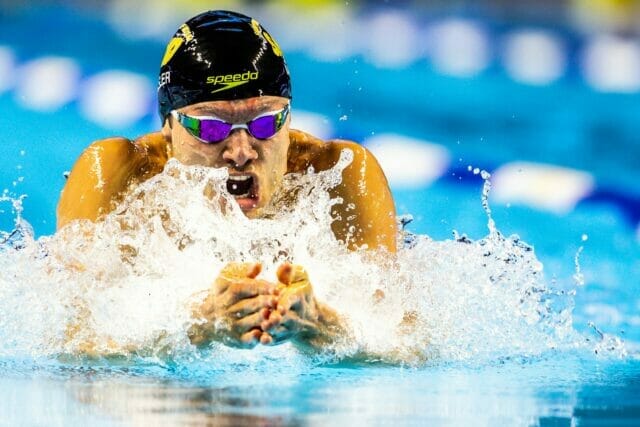 Miller, who is a member of the Swimmers’ Alliance, said that boycotting was never a realistic option and that athletes missing funds have now been paid. He added that the swimmers believe that a strike or boycott is not in the best interest of the sport. Aqua Centurion captain Fabio Scozzoli held a similar sentiment in an interview with SwimSwam Italia last week.

“There were extreme delayed payments. People were getting paid a year beyond when they were basically promised to get paid, and that’s a problem,” Miller said. “I saw a headline that said there was discussions of a strike. Obviously, in any circumstance when there’s something like this, that is an option. But to say that swimmers within this Alliance were actively considering a strike is a far cry… I mean, everyone understands that a strike, for the ISL, would be stupid, because it wouldn’t help the sport; it wouldn’t move the sport forward. I think Tom [Shields], in one of our threads, said “One of the only options we have is a ‘nuke,’” referring to a strike, “and we don’t want to detonate this nuke because it helps no one.”

Miller also said that despite the league’s missteps so far, the sport is in a better place than it was just a couple years ago, as exemplified by FINA’s increase in prize money across many of its events.

“As someone that’s a part of this league, we’re all just kind of rolling with the punches and understanding that there are some growing pains and they’re trying to work things out,” Miller said. “And hopefully, it gets better. From what I have heard, I think everybody — at least the athletes — have been paid out almost fully. So they’re remedying some of those late payments.

“Now I’m not going to make any excuses, that kind of thing is unacceptable for a league that is supposed to be professional, but I would counter some of those things by saying, ‘Look at how much better the athlete relationship with FINA is now opposed to two years ago. Look at what they’re doing with their league, look at what they’re doing with prize money.’ We are moving the needle forward. Is it strong enough? Probably not. It’s never enough. We want more, we want more. But you have to look at the circumstances and compare them to just a couple years ago. Have we made progress? Yes. Are athletes better off now than before? Yes. Are we there yet? Absolutely not.”

Miller also revealed — amid speculation around how long ISL founder Konstantin Grigorishinn can personally keep the league financially afloat — that a fourth ISL season seems to be in the works.

“Personally, having no understanding of how the true financials operate, because unless you’re inside the inner circle you don’t really know — we are all just speculating, that should be very clear and very well understood — from everything that I’ve heard, from people that work within the organization and under the organization, like the coaches, it sounds like we’re guaranteed at least one more season. So they’re pretty confident that that’s going to happen.”

Miller added that he hasn’t personally followed the reports on ISL happenings closely, but that it is promising that fans are interested.

“I’m glad that a lot of people want to follow this and are discussing it, because that creates intrigue and keeps people engaged,” he said.