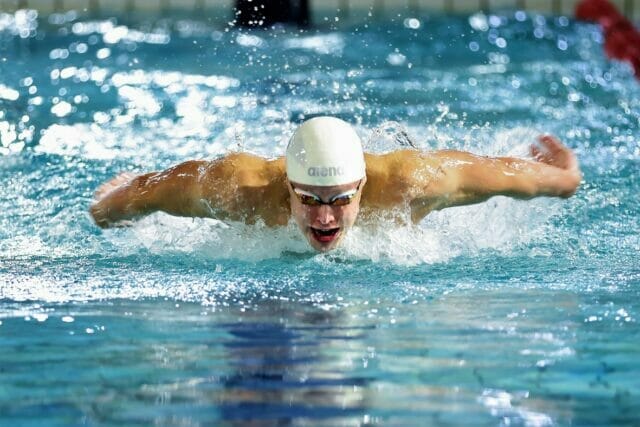 The stage is set for a potentially historic men’s 200m freestyle tonight in Budapest, as we’re expecting to see a rematch between 23-year-old Aussie ace Kyle Chalmers and young gun Matt Sates, the 18-year-old from South Africa.

Last week in Berlin we saw Chalmers and Sates battle to the wall, with Sates ultimately getting the win in a new lifetime best and World Junior Record of 1:40.65. Chalmers was right behind, posting the first sub-1:41 outing of his own prolific career in 1:40.82, a time only .02 off of the Australian national record.

This morning here in Budapest, Chalmers led the field in 1:43.62 while Sates was next in line in the heats with a result of 1:44.54. Lithuanian Olympian Danas Rapsys claimed the 3rd seed in 1:44.74 while Austrian national record holder Felix Auboeck was among the top speedsters in 1;44.85.

Of note, American Blake Pieroni finished well out of the top 8, ranked 23rd out of prelims with a time of 1:49.59.

Among those chasing her in the fly tonight will be 25-year-old American Linnea Mack who hit 57.83 while Madi Wilson will try to make it a 1-2 Aussie finishing the 1free. Wilson was the only other swimmer under 53 seconds this morning with a result of 52.76.