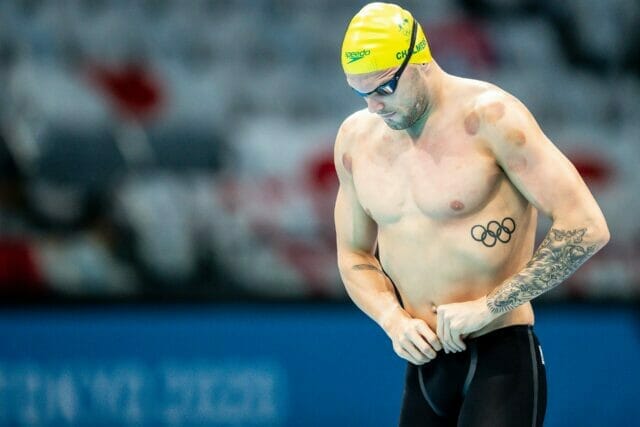 Multi-Olympic medalist Kyle Chalmers keeps raising the bar in the men’s 50m and 100m freestyle events across this FINA World Cup circuit. The Aussie has been consistently landing atop the podium, with today’s 50m free performance adding a little extra in the form of a new national record and Oceanic record for the ace.

Chalmers hit the wall tonight in a monster effort of 20.68, sealing the deal for gold ahead of reigning World Cup Record holder Vlad Morozov of Russia. Morozov got to the wall just .13 later in 20.81, while Dutchman and 2016 FINA Short Course World champion Jesse Puts rounded out the top 3 tonight in a time of 21.08.

Entering this meet, Chalmers’ previous personal best in this short course meters 50 free rested at the 20.74 he produced as a member of the International Swimming League (ISL) team of London Roar. That result was posted at the final in Las Vegas during season 1 in 2019.

Flash forward to tonight and the South Australian dynamo dropped another .06 to get his 20.68 mark, with another round of ISL playoffs on the horizon for next month in Eindhoven, the Netherlands. Chalmers now ranks as the 10th fastest man ever in this SCM 50 free, tying Hungary’s Maxim Lobanovskij.

Already on this World Cup circuit, he’s been in the range of 21.01 in Berlin, 20.97 in Budapest and 21.02 in Doha last week, with that last performance marking his only loss across the 4 stops now that the race in Kazan is complete.