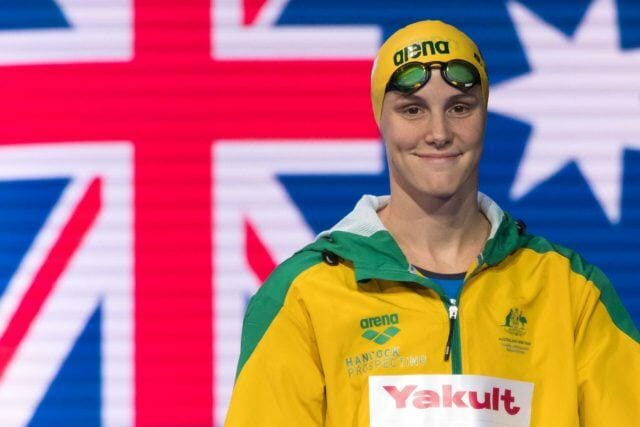 Big changes are coming for Australian swimmer Bronte Campbell in the aftermath of the Tokyo 2020 Olympic Games.

In an interview this week with Swimming World’s Ian Hanson, Campbell says that she’s on the hunt for a new coach for the first time in 20 years, and will skip out on the 2021 International Swimming League season.

Campbell moved to Sydney in 2019 and then back to Brisbane to prepare for the 2021 Games with her long-time coach Simon Cusack and sister Cate Campbell, but says she’s now ready to stay in Sydney. While she hasn’t done much training since escaping post-Olympic quarantine, she said that she’s gotten “the itch” while watching rugby and football matches in Sydney.

“Simon has been my coach for 20 years…he has taken me from a little seven-year-old, right throughout my career which has been pretty incredible; it’s been a big decision for me coming back down and now I have to figure out how it all works for me down in Sydney,” Bronte told Hanson.

“It is my second home now…I have got a beautiful support network down here; there are many people who help me out, I’m sure it will be great…it’s a new adventure for me.”

She’s not sure who she’ll be training with in Sydney; pool closures in New South Wales has made it difficult for her to trial new coaches.

She says a lingering shoulder injury is keeping her from traveling to compete in the ISL. Between quarantine and gym closures, she hasn’t been able to continue her normal maintenance routine on her shoulder. She says that she’ll now stay home and get back into the gym to protect the long-term health of her shoulder, rather than risk “destroying” it by competing in the ISL season.

That’s a roster blow for the LA Current, who have made the four team Final in each of the first two ISL seasons. They ranked just 5th in the regular season, behind the improved Toronto Titans, without a number of their star swimmers present.

Like most Australians, Campbell was unable to compete in the 2020 because of COVID-19 restrictions. She was not retained by her former team, the London Roar, for whom she competed in the 2019 season, and was drafted by the LA Current in the 11th round.

Among other swimmers who didn’t make appearances for LA in the regular season are Ryan Murphy, Kristin Gkolomeev, Katie McLaughlin, Lani Pallister, and Matthew Wilson. Their potential to advance to the final will be dependent on getting most of those swimmers back.

The ISL Playoffs will begin on November 11, and the LA Current will swim their first match on November 13 and 14 against Aqua Centurions, London Roar, and Toronto Titans.