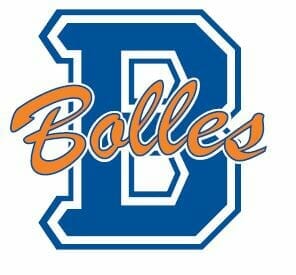 As the Bolles School dominated the FHSAA 1A State Championships in Stuart, Florida over the weekend, a pair of new faces helped propel the Bulldogs to yet another state title.

Brothers Carter and Kayden Lancaster, who spent their age group swimming days just north of Indianapolis swimming for Carmel High School and Carmel Swim Club, joined the Bolles program over the summer and have made an immediate impact for their high school and its affiliated club, the Bolles School Sharks. Kayden, a junior, finished 4th in the 200 free (1:37.58), 2nd in the 500 (4:27.28), and also anchored Bolles’ winning 400 free relay in 44.91.

Elite swimming clearly runs in the family for the Lancaster’s. Their father, Jason, was a great swimmer in the 1990s for Carmel, winning 7 individual and 5 relay state titles during his high school career, culminating in an induction to the Indiana High School Swimming Hall of Fame. Following his high school career, Jason went on to swim for Jon Urbanchek at the University of Michigan, where he was named the Big 10 Freshman of the Year as a member of the Wolverine’s 1995 national champion team. He also won the gold medal in the 100 fly at the 1995 World University Games and finished 3rd at the 1996 Olympic Trials in the 100 fly, just two tenths away from making the Olympic team.

Jason and Carter’s worlds very nearly collided over the weekend, as the younger son just barely missed eclipsing his father’s high school best time in the 200 IM. Jason set the national high school record in the 200 IM as a senior for Carmel in 1994 at 1:46.90, a record that stood for 14 years. Now, 27 years later, Carter stopped the clock in 1:46.91 to finish second behind Stanford commit Josh Zuchowski at his own high school championships.

Carter, who has two more high school seasons remaining to eclipse his father’s mark, figures to be on track for swimming stardom as well and may have his sights set on having his own national record before his high school career ends. The current national high school record of 1:41.39 from Hershey (PA) High School’s David Nolan turns 11 years old this spring.