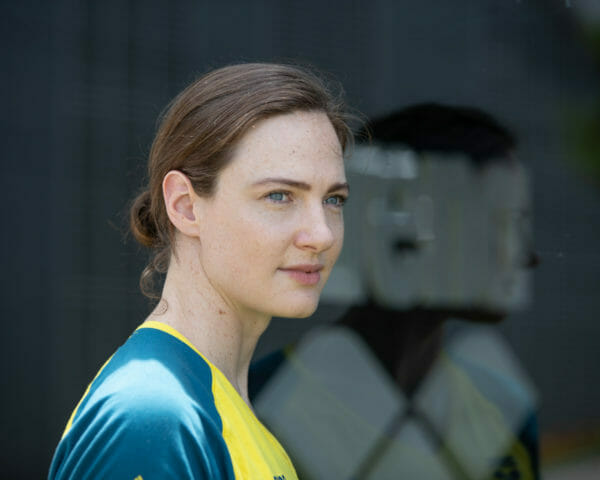 On the heels of British Olympian Adam Peaty revealing the release of his first book, Australia’s Cate Campbell has a literary release of her own.

Sister Secrets: Life Lessons from the Pool to the Podium marks the 5-time Olympian’s book debut, with the freestyle ace teaming up with sister Bronte Campbell to detail the highs and lows of their prolific journey through the elite swimming.

Below is an excerpt from the 179-page read which hits both physical and digital shelves on November 16th.

‘The lane is your own private arena.
Like a pane of aqua glass spread before you.
One big breath in.
‘Take your marks.’
My front leg is shaking.
And then it begins.
Nothing left to do but fight.’

Among the subjects covered in the book is that of body shaming, with Campbell conveying that many coaches purport the idea that ‘skinnier is better.’

According to a review from The Guardian, in her experience in Australia, ‘girls were told to use smaller places so they would eat less and were criticized in front of other swimmers if they gained any weight.’

“Weight was, and still is, always a topic of conversation on pool decks or in swim teams,” says Campbell. At one competition she said “all the girls were specifically told to use smaller plates at dinner so we wouldn’t overeat.” (The Guardian)

“Swimmers in other programs were subjected to weekly weigh-ins – in front of their entire squads – and publicly admonished if they had gained even a few hundred grams.”

On an Instagram post regarding her book, Campbell says, “Bronte and I wrote this almost as a letter to our younger selves. It’s full of the lessons we have learned on our journey together, as well as a few interesting little tidbits. For example: want to know what competition day at the Olympic Games looks like? Turn to page 86. Want to here [sic] about what really happened the morning of my 100m freestyle heat in Tokyo? Turn to page 166.

“For those who aren’t big readers, there are heaps of pictures as well – a few with some horrendous childhood haircuts, they’ll make you feel better about your embarrassing childhood photos, so you’re welcome.”

Campbell raced in Tokyo at this summer’s Olympic Games, capturing gold in the women’s 4x100m free and 4x100m medley relays, in addition to bronze in the 100m free.

She posted this week on Instagram that she hasn’t had any “formal training” in over 3 months, since the Tokyo Olympics.

In the meantime, she has posted several messages regarding her mental health. In early October, C1 stated, “In July 2020 I was diagnosed with depression. In June 2021 – four weeks before the start of the Tokyo Olympics – I finally admitted I needed some medical help, and I am so grateful I did.

“I have never spoken about my battles with mental health publicly before. Mental health is not a sign of weakness. It does not discriminate. It is very real, and most of us will face it at some point in our lives.

“I wish conversations about mental health were more common – if they were, I might have sought out help earlier than I did. So I am sharing my story in the hopes it will prompt a conversation in your household, dispel a stigma, or encourage you to be a bit kinder to the person next to you.

“I still struggle to not feel shame around my mental health, so please be kind.”