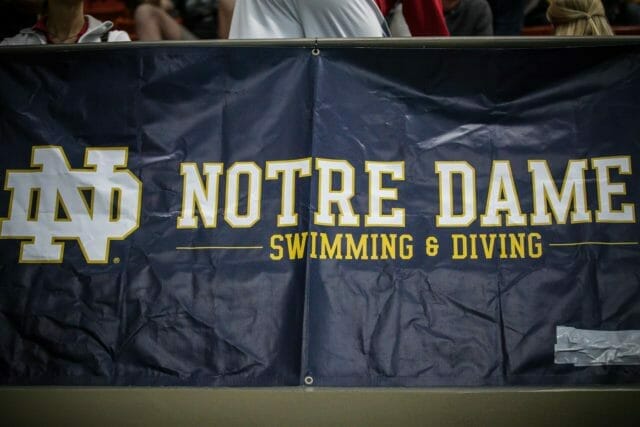 The head coaching position at Notre Dame had been vacant for just under a month following the abrupt resignation of Mike Litzinger in early October.

Groseth was the head coach of the men’s program at Northwestern University from 1989 until 2009, leading the Wildcats to 36 individual Big Ten championships, five individual NCAA championships and a total of 71 All-American honors during his 20-year tenure.

Groseth was the CSCAA Co-Coach of the Year for NCAA Division I swimming in 2005, and was a three-time winner of the Big Ten Coach of the Year award in 2002, 2005 and 2007. He retired in 2009 to become the interim executive director of the CSCAA.

While no official reason was given for Litzinger’s departure at the time, the resignation did come in the wake of the school being sued by former associate head coach April Jensen earlier this year in federal court. She alleged that Litzinger treated her discriminatorily when after she told him that she was pregnant in 2019.

The Fighting Irish cancelled their dual meet against Cincinnati the weekend after Litzinger’s resignation, but returned to competition Oct. 15-16 against Pittsburgh and Cleveland State, with both the men and women going a perfect 2-0. Both teams picked up wins the following weekend over Purdue, and will next be in action on November 5 at Louisville.