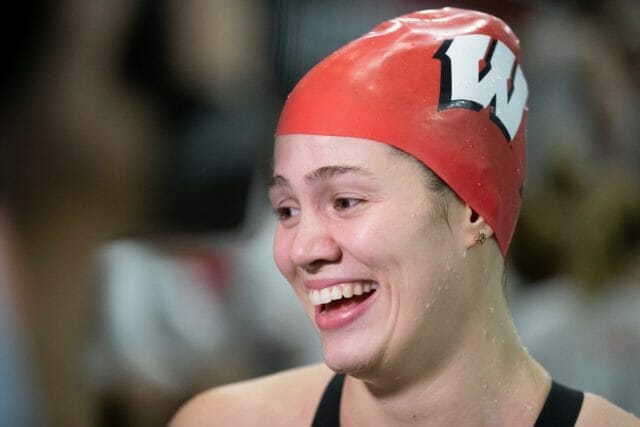 American Record holder Beata Nelson has been named a volunteer assistant coach at the University of Wisconsin, joining the staff of head coach Yuri Suguiyama.

“We’re really excited to add Beata Nelson to our staff,” Suguiyama said. “From her time here as a Badger to her postgraduate career, she brings a wealth of experience as an elite athlete. Beata’s passion to give back coupled with her ability to communicate will help our team in every phase of their lives in Madison. Not only that, but Beata’s personal growth and development have also been inspiring to everyone who knows her.”

Nelson, a 13-time All-American and multi-time NCAA Champion formerly competed at Wisconsin under Suguiyama from 2016-2019. During her junior season, Nelson won NCAA Championship titles in the 100 backstroke, 200 backstroke, and 200 IM setting an American Record in the former of the three events (49.18). Her times in both the 200 IM and 200 backstroke were also the 2nd fastest performances in history at the time. T

hat season, Nelson was also named the swimmer of the meet at the NCAA Championships and won her second consecutive Big 10 Swimmer of the Year award.

The 2020 NCAA Championship meet, which would have been her last, was canceled because of the outbreak of the COVID-19 pandemic.

Since concluding her NCAA career, Nelson has found success as a member of the Cali Condors of the International Swimming League. For the 2021 regular season, Nelson was the highest-earning swimmer with over $64,000 in earnings. In addition, Nelson recently broke the American Record in the SCM 100 IM, posting a time of 57.90 that currently leads the league for the season. Nelson, along with the Condors, will be racing in the ISL playoffs in less than 2 weeks, where she is expected to be a major piece of the Condor’s title run.