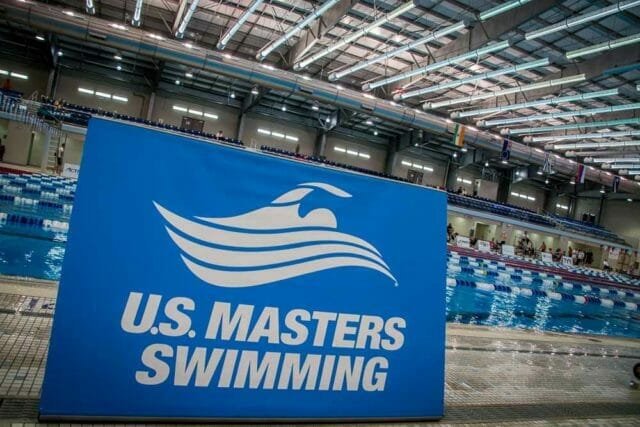 When she saw a sign advertising a new Masters swimming program at her fitness center in 1999, DeEtte Sauer decided to try it out. She had been looking for an exercise routine after suffering an injury doing shot put and thought she could swim after watching her daughters do it.

Sauer, now 80, jumped in for her first practice without a swim cap or goggles and began doing dog paddle. Embarrassed that she couldn’t do more, she apologized and said that she couldn’t swim. Her coach, Stacey Van Horn, wouldn’t hear it. She would turn Sauer into a swimmer.

Three months after her first workout, Sauer competed at a local swim meet and was hooked.

“I just fell in love with it,” she says. “My senior years have been incredible. I never thought I could be an athlete. None of this would’ve happened without her. It’s just unbelievable that I’m doing it now. It’s been 22 years, and I’m still having a blast. I’ve never gotten over the thrill.”

Sauer’s determination to keep swimming and Van Horn’s coaching helped her win a national championship in the 800 freestyle on Thursday, the first day of the 2021 U.S. Masters Swimming Long Course National Championship at the SPIRE Institute in Geneva, Ohio.

The victory is just the latest accomplishment for Sauer, who has recorded 125 Top 10 times and was a USMS pool All-American in butterfly in 2016. But her having this much athletic success didn’t seem likely several decades ago.

Sauer, a member of Masters of South Texas, says she grew up loving sports but stopped participating in them in middle school because she thought at the time that girls her age shouldn’t play sports. After becoming sedentary, she says, she became overweight and out of shape before losing those added pounds.

She believes that Van Horn’s patience and diligence in helping her improve was singular. Other coaches, Sauer says, would’ve let her walk away after being embarrassed with her first workout.

This made hearing that Van Horn had been diagnosed with breast cancer earlier this year difficult for Sauer. She honored her coach by having her husband write the words “For Stacey” in marker on each of her arms during her 800 freestyle.

“All that time, she kept telling me you’re strong, you can do this, you can learn to swim, you can be competitive,” Sauer says. “Now the shoe is on the other foot. I’m writing her notes all the time, sending her cards, calling her, texting her, telling her not to forgot how strong and courageous she is. It’s like what goes around comes around.”

Note: All records are subject to change pending verification.